The General Authority of Civil Aviation (GACA) in Saudi Arabia confirmed the flight suspension in a circular to all airlines operating in the Kingdom. 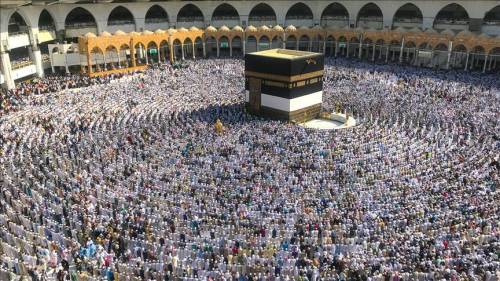 Following the increasing cases of the new Coronavirus variant, Omicron, the Kingdom of Saudi Arabia has suspended flights from Nigeria, according to SaharaReporters.

The General Authority of Civil Aviation (GACA) in Saudi Arabia confirmed the flight suspension in a circular to all airlines operating in the Kingdom.

On Wednesday, there were unconfirmed reports that there were preparations for repatriating Nigerians in the Kingdom over Omicron.

An official at the Kano, Airport confirmed to Daily Trust that already a circular had been issued that lesser Hajj trips should be cancelled, due to the development.

“Yes it is true because a circular was issued that all Lesser Hajj flights should be cancelled and there will be no more flights from Nigeria until further notice.

“I think they are following suit the decision of other countries like UK to prevent against having the virus in the kingdom,” the source told the newspaper.

On Tuesday, SaharaReporters had reported that three additional cases of the Omicron Variant of COVID-19 were detected in Nigeria bringing the total number of cases to 6.

This was confirmed by the Nigeria Centre for Disease Control (NCDC) on Tuesday.

According to a statement by Ifedayo Adetifa, the NCDC director-general, the new cases were detected in individuals with recent travel history to South Africa.

Meanwhile, the British High Commission had also on Sunday said it would pause making decisions on visitor visa applications from all red list countries including Nigeria.

The Federal Government had rejected the ban imposed on Nigeria by UK and Canada over Omicron.