She claimed to have started savings in her piggy bank from January, which she opened few days ago, to realize that she saved a lot of money. 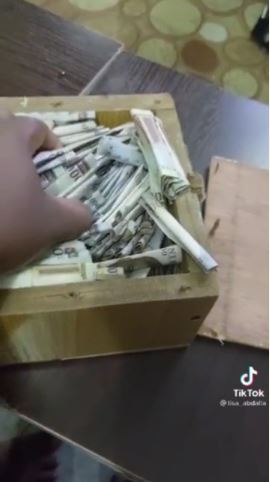 A Nigerian woman has become richer after showing off thousands of naira she saved in her local piggybank.
According to the woman, she started saving from January and decided to open it a few days ago.
Lo and behold, the money has reached thousands.
In the video she shared, it was obvious she has been saving N1,000 notes.
She wants people to get inspired by her achievement, and do the same next year.
Watch video below:
Top Stories