He was handed over to the EFCC on September 10, 2020, by the Deputy Comptroller, Enforcement, Abudulmumuni Bako. 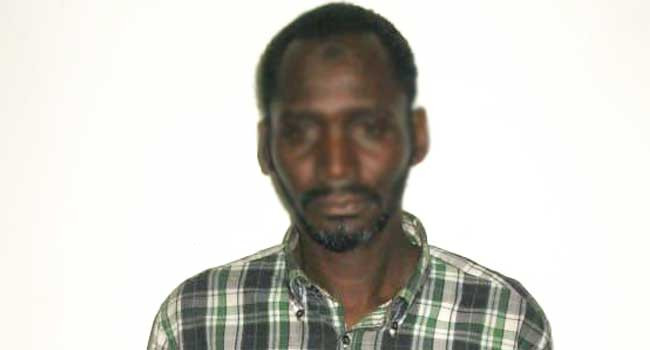 A man, Ishaq Abubakar has been arraigned before Justice P. Lifu of the Federal High Court sitting in Ikoyi, by the Lagos State Command of the Economic and Financial Crimes Commission on Wednesday.

He was arraigned on 11 counts bordering on cybercrimes.

The suspect was said to have been arrested by officers of the Nigeria Customs Service on August 22, 2020, at the Murtala Muhammed International Airport, Lagos, on his way to Dubai with 2,863 Automated Teller Machine cards and four SIM cards carefully concealed in packs of noodles.

He was handed over to the EFCC on September 10, 2020, by the Deputy Comptroller, Enforcement, Abudulmumuni Bako.

Baka had said, “The suspect, who claimed to have come from Kano to Dubai aboard the Emirate evacuation flight, was seen with someone who was assigned to facilitate his movement through the airport checks.

A statement by the EFCC spokesman, Wilson Uwujaren, said investigation revealed that 10 of the 2,863 ATM cards were stolen, as the owners had confirmed losing the cards which were found in his possession.

It was further revealed that the remaining ATM cards were handed over to him by some persons in Kano for delivery to their contacts in Dubai.

Abubakar pleaded not guilty to the charges and the prosecution counsel, S. Sulaiman, prayed that the defendants be remanded in custody.

The defence counsel, George Ochima, told the court about a pending application for bail for the defendant.

The statement reads partly, “In his ruling, Justice Lifu granted the defendant bail in the sum of N50m with two sureties in like sum, who must swear to affidavit of means.

“One of the sureties is to provide land ownership proof in Lagos, while the other must be a civil servant not below Grade Level 14.”

The defendant was also ordered to surrender his travel documents to the court.

The Judge ordered the defendant to be remanded in the Correctional Centre, Ikoyi, pending the fulfillment of his bail conditions.