The suit followed the NBC order that all broadcast outfits should immediately suspend patronage of the social media giant after it was banned for violating Nigerian laws. 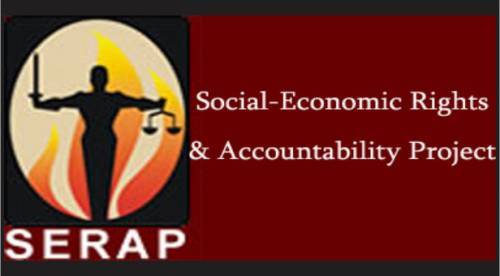 Civil society group, the Socio-Economic Rights and Accountability Project (SERAP) says it will appeal a judgment of the Federal High Court in Abuja which dismissed its suit against the Federal Government over the Twitter ban.

In June 2021, the Incorporated Trustees of the Socio-Economic Rights and Accountability Project filed a fundamental rights enforcement suit marked: FHC/ABJ/CS/496/21, against three defendants.

In the suit, SERAP sued the National Broadcasting Commission (NBC), the Director-General of NBC and the Minister of Information and Culture as 1st to 3rd defendants respectively.

The suit followed the NBC order that all broadcast outfits should immediately suspend patronage of the social media giant after it was banned for violating Nigerian laws.

But on Thursday, Justice Obiora Egwuatu of the Federal High Court, Abuja, in a judgment, dismissed the suit for lacking in merit and awarded the sum of N100, 000 against the plaintiff.

Delivering judgment, Justice Egwuatu held that the fundamental rights of the plaintiff had not been breached because the freedom of expression provided for under Section 39 of the 1999 Constitution (as amended) is not absolute.

He also stated that the section is limited under Section 45(1) which deals with the issues of defence, public safety, public health, public morality, etc.

The judge held that the media houses, under which SERAP had filed the suit, did not complain about the ban, hence, the plaintiff could not cry more than the bereaved.

Reacting, SERAP noted that it would challenge the misapplication of the law even if it required going to the Supreme Court as it stated that it would uphold freedom of expression, access to information, transparency and accountability in the country.

A tweet from SERAP reads, “We're appealing the judgment today by Justice Egwuatu, which ruled that “SERAP cannot cry more than the bereaved", and fined us N100,000, for challenging the illegal order by the Buhari administration for broadcast stations to delete their Twitter accounts.

“We'll immediately challenge this misapplication of our law, and manifest miscarriage of justice, even if it will take pursuing the case to the Supreme Court.

“We'll keep fighting for freedom of expression, access to information, transparency and accountability in Nigeria.”