A family member has revealed that the abductors contacted the family earlier today demanding for money. 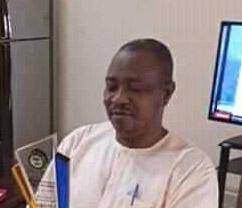 Bala
Bandits have asked for ransom after kidnapping a medical doctor, Dr. Saidu Bala from a hospital in Adamawa State.
According to Sahara Reporters, a family member, who is the Registrar of Modibbo Adama University (MAU) Yola said that the abductors contacted the family earlier today.
Speaking while crying, Halima Bala, said, "They called this morning and we were able to speak with my brother, who assured us of his safety.
"My brother asked us to source for a ransom; all he said was that you all should source for a lot of money", she said.
Dr Bala was kidnapped Monday evening while seeing patients at his Aisha hospital in Ngurore, a satellite town on the outskirt of Yola, the state capital.
SaharaReporters was informed that the assailants numbering about four stormed the hospital at about 7pm on Wednesday and forcibly took him away while firing shots to scare away people.
“Yes, about three or four gunmen stormed the hospital shortly after Maghrib prayer and shot into the air to scare people away", Halima Bala confirmed.
The spokesperson for the police command in the state, DSP Sulaiman Nguroje, told SaharaReporters that the Commissioner of Police, Mohammed Ahmed Barde, has directed that Bala be rescued and the assailants apprehended.
"The CP has also assured the government and people of the state that Bala would be rescued unharmed", he said.
Nguroje has in recent times been bedeviled by violent crimes, including kidnapping.
Top Stories