Recall that she was handed the prison sentence after she pleaded guilty to a charge of publication of n*de photos involving her underage son. 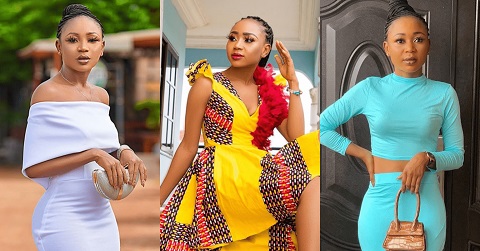 Poloo
Ghanaian actress, Akuapem Poloo has gotten a reprieve following her prison ordeal.
This comes after her 90-day jail sentence was set aside by a court.
A Court of Appeal ordered that she can pay a fine instead of serving the jail term.
Recall that she was handed the prison sentence after she pleaded guilty to a charge of publication of n*de photos involving her underage son.
On Monday, December 1, 2021, a High Court presided over by Justice Ruby Aryeetey dismissed her appeal seeking a non-custodial sentence instead of a custodial sentence. Justice Ruby Aryeetey upheld the Circuit court decision on grounds of not being excessive or harsh.
Following the high court's judgement, her lawyers led by Andrew Kudzo Vortia filed a notice of appeal to challenge that decision and notice for bail.
The Court of Appeal in Accra has now imposed a fine of GH¢12, 000 on the convict.
The three member panel of the Appellate court, presided over by Justice Henry Anthony Kwoffie, held that the 90-year jail term was fair but substituted the custodial sentence with a fine in its judgement on Wednesday, December 15.
Poloo is now expected to pay GHS12,000, equivalent to 1000 penalty units.
Top Stories