The officials had stormed Ballat Hughes by Court road in the area to confiscate alcoholic drinks but suffered stiff resistance from youths in the area, and this degenerated into a violent clash. 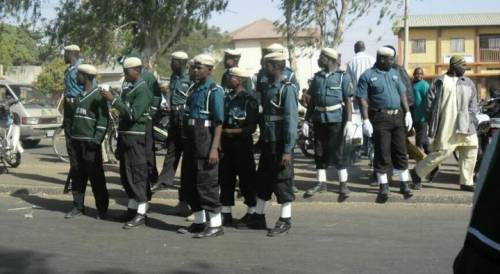 There was palpable tension as Hisbah officials who attempted to seize alcoholic drinks clashed with youths of the Sabon Gari area of Kano State on Tuesday, December 14.

Daily Trust reported that Hisbah officials had stormed Ballat Hughes by Court road in the area to confiscate alcoholic drinks at a drinking joint operated by a woman but suffered stiff resistance from youths in the area, and this degenerated to a violent clash.

While sale and consumption of alcoholic drinks in Kano State is prohibited under the state’s Sharia Law, Sabon Gari area which is inhabited mostly by southerners has always been exempted from implementation of the law.

The incident reportedly led to a stampede in the area and hoodlums took advantage of the unrest to loot shops and rob passers-by.

Police were later deployed and normalcy was restored. Spokesman of the police in the state, DSP Abdullahi Haruna Kiyawa said the Commissioner of Police, Samaila Dikko had ordered a full investigation into the situation.

Kiyawa who revealed that two suspects have already been arrested, further disclosed that the police chief had in the past had a meeting with the Hisbah executive following a petition received from hoteliers in the state regarding the operations of the Islamic police.

The police spokesperson urged residents of Sabon Gari and other parts of the city to go about their lawful activities as normalcy has been restored.

Public Relations Officer of Hisbah Board, Lawan Ibrahim Fagge refused to comment on the incident when contacted, but said a press conference would be called later in the day.