The report was submitted almost six months after the SIP led by DIG Joseph Egbunike submitted its report to the IG. 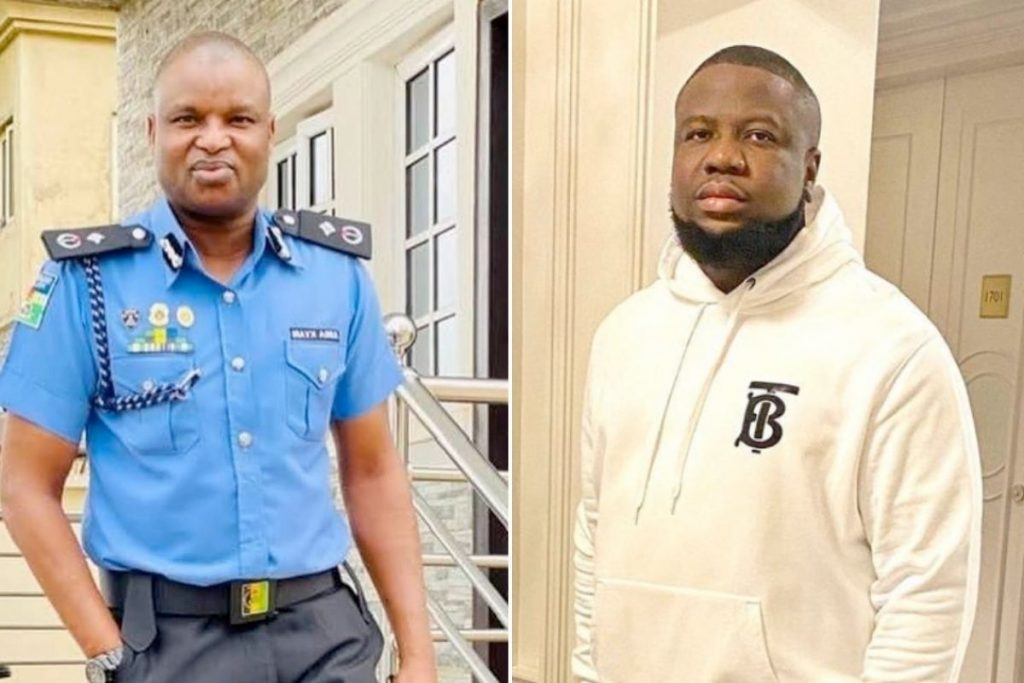 Kyari and Hushpuppi
After almost six months the report was submitted to him, the Inspector-General of Police, Usman Baba, has finally submitted the probe panel report on the suspended Head of the Intelligence Response Team, Abba Kyari, to the Police Service Commission, Punch has reported.
Recall that the SIP led by DIG Joseph Egbunike submitted its report to the IG after thorough investigation some six months ago.
A commissioner on the PSC, Austin Braimoh, confirmed to Punch on Sunday that the commission would deliberate on the issue this week.
He said the PSC Standing Committee on Discipline was still going through the report, adding that the report would be presented to the PSC plenary later on.
“The standing committee is still going through the report after which they would present it to the plenary for action,” he said on the phone.
We had reported that Kyari was queried and his response was delivered to the Force Disciplinary Committee.
Kyari was investigated over his alleged role in a $1.1m internet scam by an Instagram influencer, Abbas Ramon, aka Hushpuppi, and four others.
The probe followed his indictment by the United States Federal Bureau of Investigations which recommended that he be extradited to the US for trial.
A Special Agent with the FBI, Andrew Innocenti, had alleged that Hushpuppi contracted Kyari after a “co-conspirator,” Chibuzo Vincent, allegedly threatened to expose the alleged $1.1m fraud committed against a Qatari businessman
Top Stories