The crash which occurred at about 12:20 am on Saturday, Christmas day, involved a Mercedes Benz MarcoPolo Luxury Bus with no registration number. 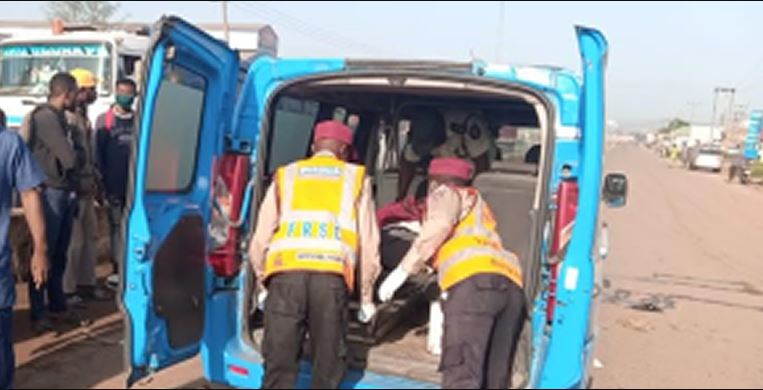 As many as seven travellers have lost their lives while seven others sustained varying degrees of injury in a lone accident on the Ososa bridge in the Odogboolu Local Government Area of Ogun State, The PUNCH reports.

The crash which occurred at about 12:20 am on Saturday, Christmas day, involved a Mercedes Benz MarcoPolo Luxury Bus with no registration number.

Okpe said the bus which belongs to Izuchukwu Motors, Onitsha took off from Ojuelegba, Lagos on Saturday night.

The FRSC spokesperson attributed the causes of the lone accident to suspected wrongful overtaking and loss of control.

She added that the injured victims had been attended to while the deceased bodies were deposited at State Hospital Mortuary, Ijebu Ode.

She said, “Nigeria Police Force MTD from Odogbolu were contacted and the crashed vehicle was handed over to the police and obstruction cleared off the road.

“The Sector Commander Commiserated with the family of the crash victims and enjoined them to contact FRSC Ijebu-Ode unit command for more information about the crash.”