It was gathered that the invaders stormed the rural community at about 4 am on Thursday morning, shooting sporadically. 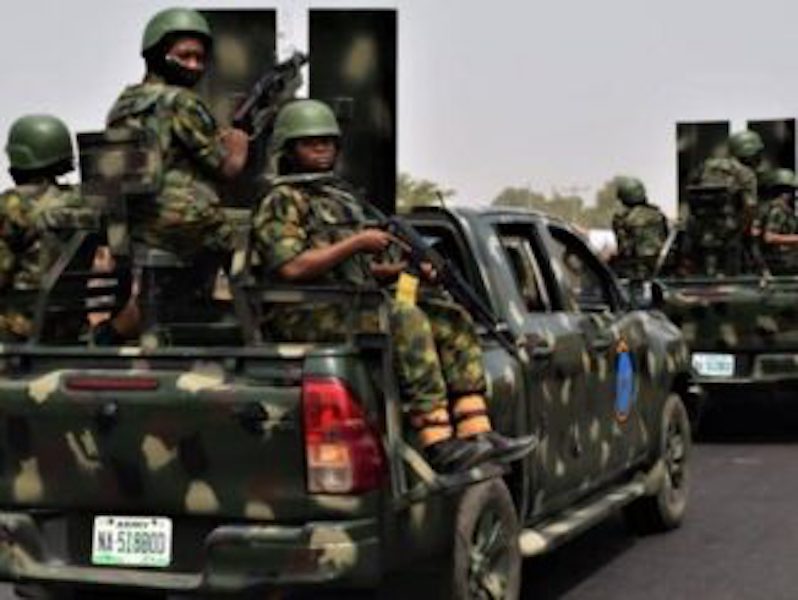 A raid carried out by a combined team of soldiers and operatives of the Ebubeagu security outfit at Umutanzi in Orlu Local Government Area of Imo State has left six persons dead.
According to ThisDay, the invaders stormed the rural community at about 4 am on Thursday morning, shooting sporadically.
The shooting led to panic as residents who were just waking up ran out of their houses and jumped into the bushes, as some sustained multiple injuries in the process.
Many doors and windows were shattered as security agents were said to have shot directly at them.
A resident and pastor of a local church, Pastor Anthony Akatta, told our correspondent that the invaders laid siege to the community for more than seven hours.
He said they later left with some youth who are still unaccounted for.
He said: “It was around 4am yesterday (Thursday) that Ebubeagu and some military personnel came to our village umutanzi in orlu local government area of Imo State.
“They blocked every road that leads to that community and they killed six people and one got injured and they took away some
“They shot at doors, glasses and cars that were packed inside a home and by 11.am they left the village while shooting gun,” he said.
Police Spokesman, Mike Abattam, could not be reached for comments. Spokesperson of the 34 Artillery Brigade Obinze, Capt Joseph Akubo, confirmed the raid.
Akubo said soldiers were not involved in the incident, but the operation was carried out by operatives of the Department of Security Service.
“I heard of the incident, but soldiers were not involved. It was the men of DSS. You can call them and confirm,” he said.
There have been clashes between security agencies and local communities in Orlu and Orsu said to be strongholds of men of the Eastern Security Network, military wing of the Indigenous Peoples of Biafra IPOB.
A lot of youth have been abducted and many more killed since the invasion started early this year when the state government invited the military to checkmate them.
Top Stories