Recall that 32 suspects were previously arrested following the clash which led to the death of a businessman and a police officer. 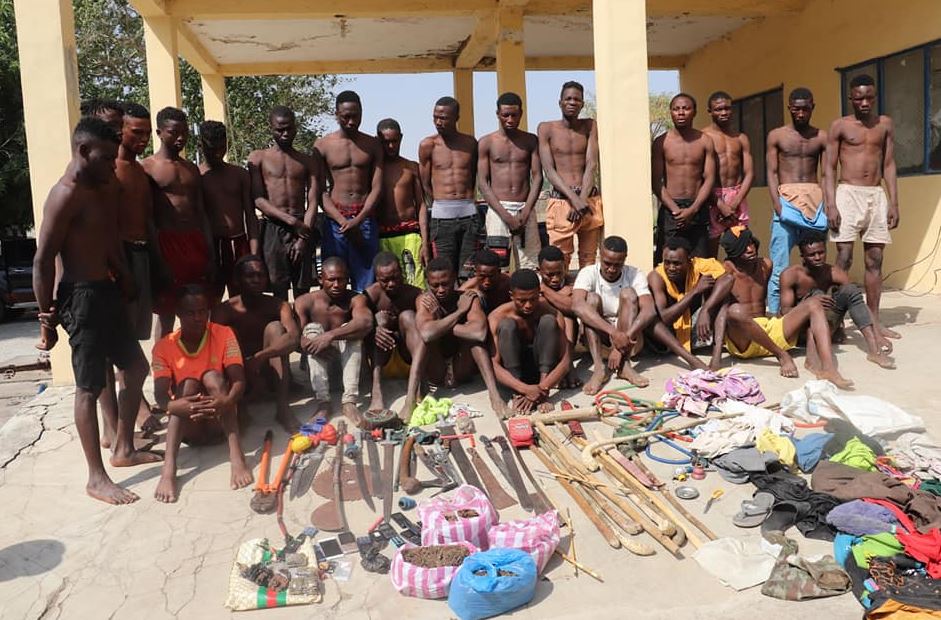 A total of twenty-eight additional suspects have been arrested and paraded by the Niger State Police Command in connection with youth restiveness and thuggery in Minna metropolis.

Recall that 32 suspects were previously arrested  following the clash which led to the death of a businessman and a police officer.

Spokesperson of the command, DSP Wasiu Abiodun, disclosed this in a statement on Tuesday, January 25.

"In a continuous onslaught against youth restiveness, thuggery and other acts of criminality in Minna metropolis, a joint task force comprised of the Police, Military, DSS, NSCDC and Vigilantees launched an aggressive raid and house to house search on 25/01/2022 at about 0100hrs at Unguwar-Biri community area of Bosso LGA and arrested twenty eight (28) additional suspects," he stated. 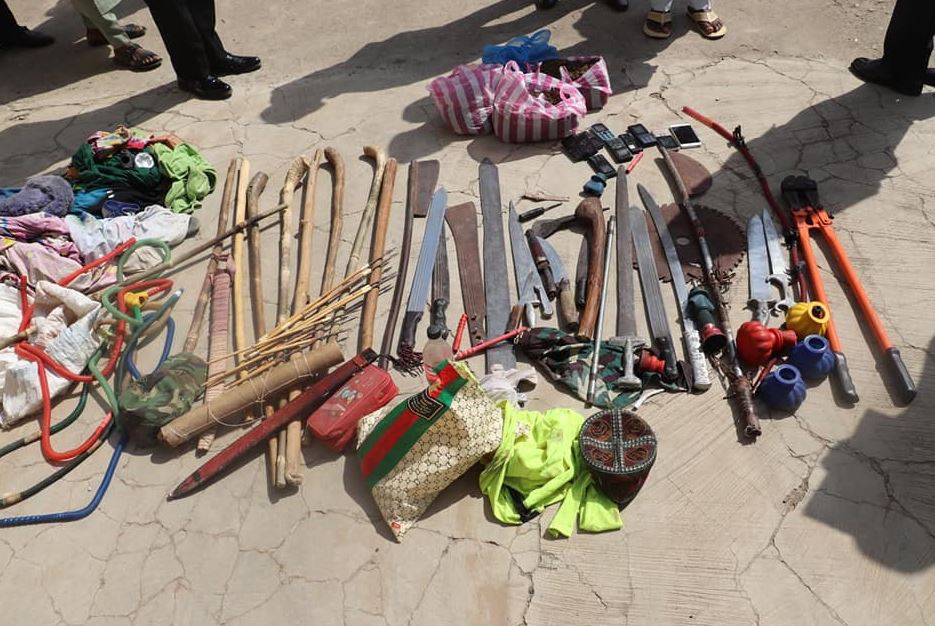 Dangerous weapons and Items recovered from the supects included 5 cutlasses, 8 knives, 9 cutlasses, 9 sticks, 5 one wood cutter, one axe, one iron rod, one iron cutter, one scissors, and 5 shisha pipes.

Other items recovered are; 13 handsets, 17 sachets and four nylon of Indian-hemp, assorted charms, clothes and slippers.

DSP Abiodum said that the operation will be continuous to fish-out all the undesirable elements and street urchins, until the metropolis is totally rid of criminals.

The State Commissioner of Police, CP Monday Bala Kuryas, warns all trouble makers to stop or face the full wrath of the law.

Is My Daddy The Man In Your Life? - Davido’s Daughter, Imade Questions Her Mother, Sophia Momodu (Video)
Popular Stories