The suspects were ordered to be remanded in a custodial centre by the court. 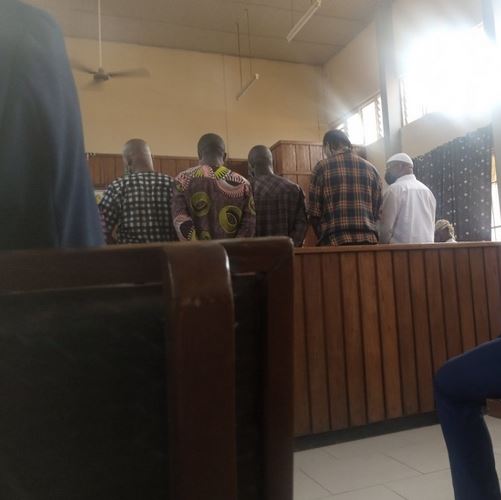 The suspects in court

Rahman Adedoyin and six other suspects fingered in the death of master's student, Timothy Adegoke have been remanded in a correctional centre by an Osun State High Court sitting in Osogbo, Osun State capital.

Rahman Adedoyin is the Chairman of Hilton Hotel, Ile-Ife, Osun State, the last known place that Timothy Adegoke lodged prior to his death.

Adegoke, an MBA student of the Obafemi Awolowo University, Ile-Ife, died under suspicious circumstances at the hotel.

Adegoke, who has since been buried, had arrived Ile-Ife to write his examination and lodged in the hotel before meeting his death.

Adedoyin’s son, who is also a suspect, is still at large.