The TikTok user revealed that she met them in a taxi she boarded to work. 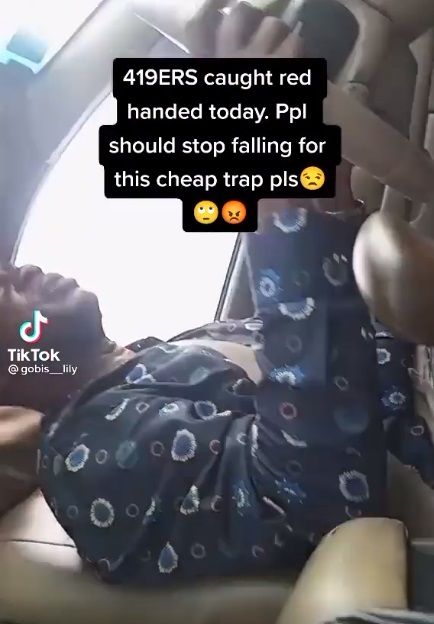 A Nigerian lady has shared her encounter with fraudsters who tried to use an old trick to defraud her.
According to the lady who took to TikTok to share her experience, she met them in a taxi she boarded to work. One of the men who alighted from the car, paid in dollars but was called back by the driver who told him that he’s been overpaying.
He claimed that he’s in Nigeria to buy cocoa seeds and oil, but wants to make a quick stop at the Senegalese embassy.
As they continued having a conversation, the driver asked the lady to accompany them to where they will change the foreign currency for the man as he won’t feel safe if he’s not there.
The lady politely told them she can’t as she’s on her way to work. The men then repeatedly tried to convince her to follow them, and even used Bible passages and promises of giving her money too. She however turned them down.
Watch the video below: