The Senator took to social media to state that APC has gone too soon while posting a photo to mock the party. 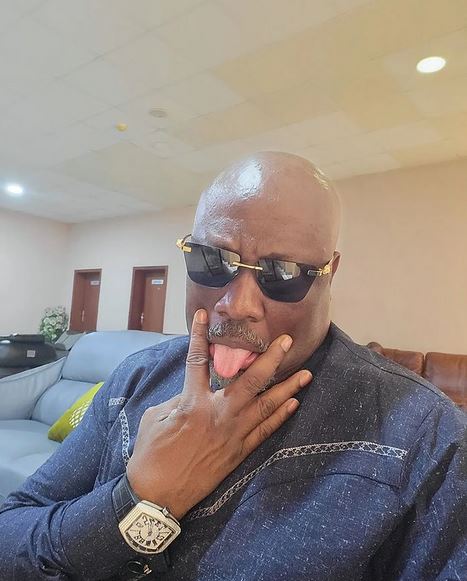 Senator Dino Melaye took to his Instagram page to mock the ruling All Progressives Congress, APC  and announce their alleged ''obituary''.

The ruling party has been enmeshed in a leadership crisis. The crisis in the party took a different turn today March 7 when the governor of Niger State, Abubakar Bello took over as chairman of the Caretaker/Extra-ordinary Convention Planning Committee of the ruling All Progressives Congress.

His declaration came as a surprise to many as Yobe state governor Mai Mala Buni had been the chairman of the committee. Buni is however in Dubai at the moment on medical checkup.

Reacting to the new development in the party, Dino via his IG page wrote 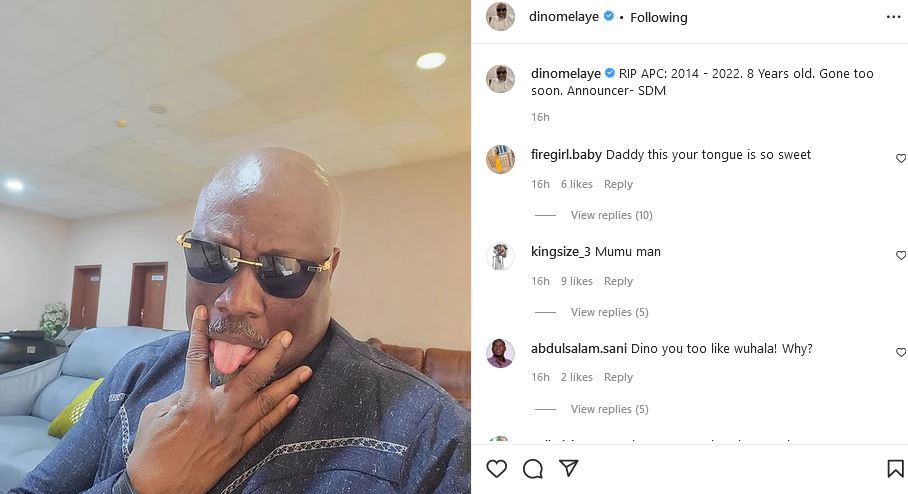