Recall that the Federal High Court sitting in Abuja, which was presided over by Justice Inyang Ekwo on Tuesday, sacked Umahi and Igwe, for dumping PDP and joining APC. 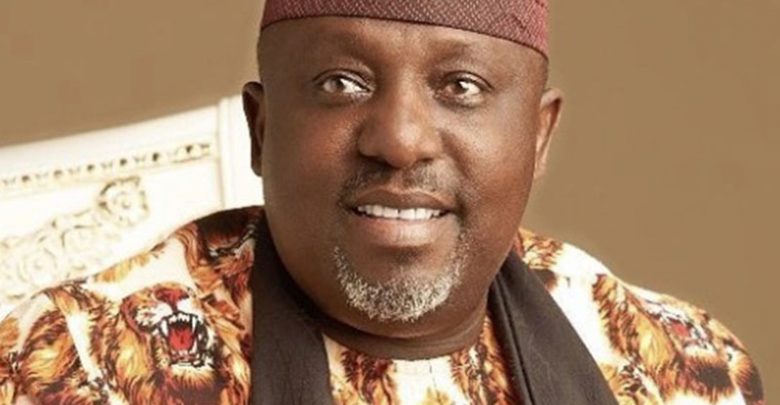 Okorocha
Former Imo State Governor, Rochas Okorocha has warned against disobeying court orders.
According to him, there is need for court orders to be obeyed even when such may not be favourable.
Okorocha made the declaration while reacting to the order by an Abuja high court which sacked Governor Dave Umahi of Ebonyi State and his Deputy, Chief Kelechi Igwe from office.
Recall that the Federal High Court sitting in Abuja, which was presided over by Justice Inyang Ekwo on Tuesday, sacked Umahi and Igwe, for dumping the Peoples Democratic Party (PDP) for the ruling All Progressives Congress (APC).
Justice Ekwo ordered Umahi and his Deputy to immediately vacate their office, asking INEC to replace them with candidates from the PDP.
He held that the total number of 393, 042 votes Umahi secured during the March 9, 2019 governorship election in Ebonyi state, belonged to the PDP and cannot be transferred to the APC.
Speaking against the backdrop of the court order, Senator Okorocha said his party, the APC is bound to obey but filing an appeal in a court of higher jurisdiction (which Umahi and his Deputy have done) is also equal to obeying the order of the lower court.
He praised the APC as a party that operates according to the rule of law.
Okorocha was quoted by Vanguard to have said in a statement on Wednesday that “unless such [pronouncements are] subjected to a superior court for appeal. In other words, where there is an appeal to a superior court on any matter, the lower court ceases to have authority over the matter.
“Nobody in this country should say he will not obey any court order. Section 287 of our constitution makes it clear that every institution and organ of government should be obeyed but thank God for the ruling party, it has respect for the rule of law.
“It is assumed that the court order no matter what form and shape it takes must be obeyed, but secondly you have an option to go to the Court of Appeal to allow the superior court suspend the judgment of the lower court.”
Top Stories