The duo were alleged to be planning to use the urine for ritual before they wre caught. 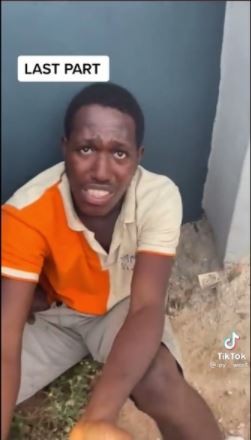 Two young men suspected to be ritualist have been apprehended in Benin, Edo state.
The duo were apprehended after allegedly packing the urine of a lady from the floor.
One of them claimed he threw it away after packing it.
The duo were alleged to be planning to use the urine for ritual before they wre caught.
Watch video below:

LADIES BE CAREFUL OUT THERE WHEN YOU URINATE PUBLICLY 🚨🚨🚨

This happened In Benin city yesterday around Evbotubu bus stop when two boys were caught harvesting someone’s urine just after they left .

Retweet and share to save a life .
Skepta #IWD2022 Ikeja pic.twitter.com/e9H0Z8XSpV