The deceased was reportedly stabbed in the chest and dumped inside a shallow gutter. 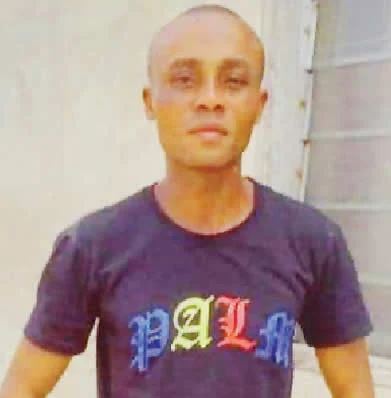 A man identified as Samson Ejiofor was reportedly stabbed to death and dumped in a shallow gutter on his way to work in Oyo state.

The father-of-four from Delta State, worked at the British American Tobacco Factory in Oyo state.

Samson left home for work at 6am on Sunday, February 27. He was on his way to meet a colleague who would convey him to work, however, when the colleague waited and didn't see Samson at the agreed location, he drove to work alone.

Later on the same day, passersby noticed the body of Samson in a shallow gutter around the Oluwo area, Arapaja Road, in the Oluyole Local Government Area of Oyo State.

He was wearing his work uniform and had bloodstains on his shirt.

The official uniform was recognised by passersby who then informed Samson's company of the incident.

The company sent representatives to the scene and the body was identified as Samson's, Punch reports

After confirmation, Ejiofor’s family members were informed about the development.

The deceased’s cousin, Theresa Dibiagwu, told the publication that Samson was stabbed in the chest, adding that he died from the injuries he sustained during the attack.