The woman, Anastasia Kotvitska, had taken the cash through a refugee border crossing into the European Union while fleeing the war-torn country. 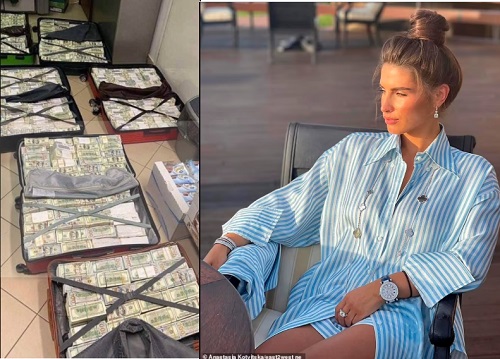 Border security officers have caught a glamorous wife of a prominent Ukrainian tycoon and politician with millions of dollars.
According to Dailymail, the woman was caught at a border with ' £22 million while crossing into the EU'.
The money - in US dollars and euros - was spotted by Hungarian customs in the baggage of the spouse of controversial ex-MP Igor Kotvitsky, 52, say reports.
The woman, Anastasia Kotvitska, had taken the cash through a refugee border crossing into the European Union while fleeing the war-torn country.
A criminal case has been opened into a failure by Anastasia Kotvitska to declare the removal of the large sum from the war-ravaged country, say reports in Kyiv.
Kotvitsky, once Ukraine’s wealthiest MP, said his wife was leaving the country to give birth, but denied reports she was carrying $28 million and 1.3 million euros.
'All my money is in Ukrainian banks, I did not take anything out,' he said, before closing his social media account.
Kotvitska, who reportedly travelled with two Hungarian men and her mother, is yet to comment on the allegation.
The allegation is that she did not declare the huge cash sum exiting Ukraine at the Vilok checkpoint, but the money was found by Hungarian customs officers, said Obozrevatel newspaper.
She then made a declaration that she had brought the sum into Hungary, an EU country.
Kovitsky reportedly controls via associates Nuclear Energy Systems of Ukraine, and uranium deposits in the country, which has been partially invaded by Russia. He also has close business and political links with ex-Interior Minister Arsen Avakov. 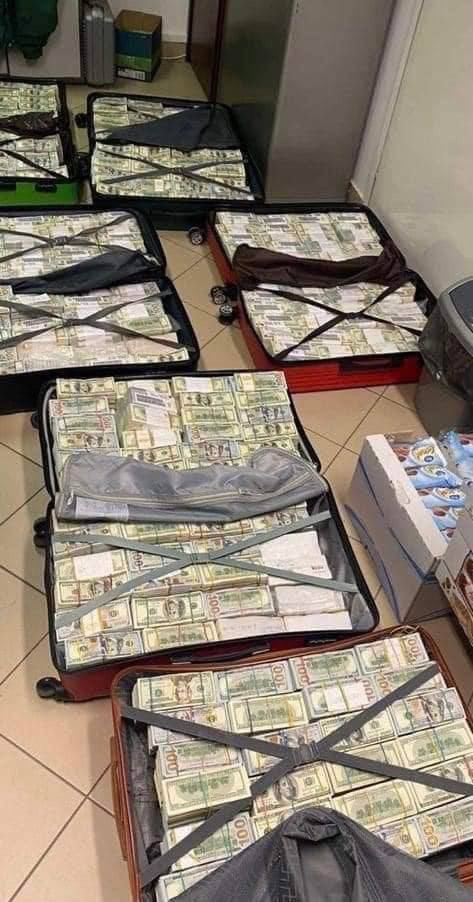