She revealed that the fan was on when it fell and landed just inches from her and the children. 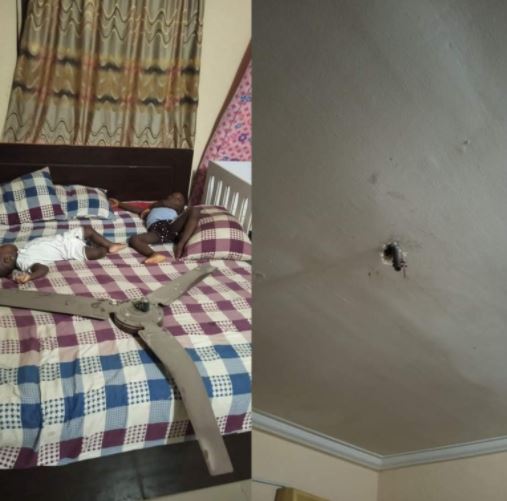 A mother and her children escape unhurt after a ceiling fan fell on their bed as they dozed off.

The mother took to Facebook to thank God for saving her and her children.

She revealed that the fan was on when it fell. It landed just inches from her and her sleeping children.

Fortunately, no one was hurt. 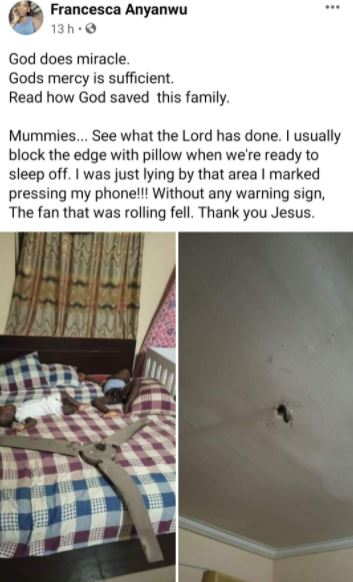 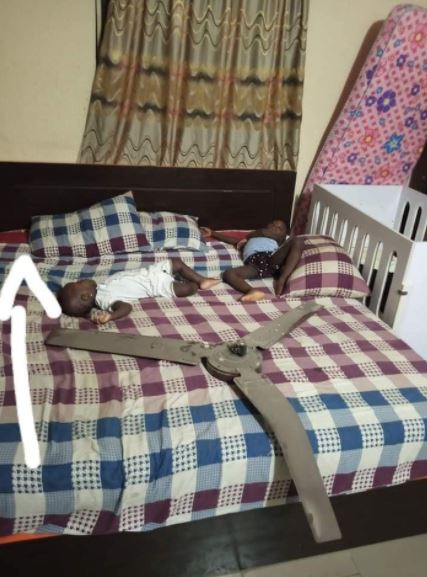