Sadiq was accused of defrauding the businessman, of 40,000 euros under the guise that the funds would be used for the processing of Malta Government Citizenship Investment Programme as well as procurement of Malta international passport. 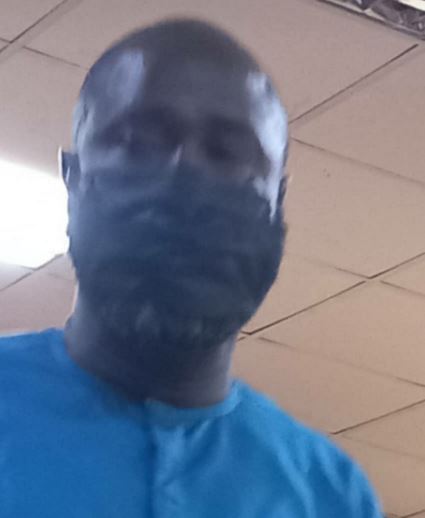 A travel agent, Abiodun Adeola Sadiq has been sentenced to 17 years imprisonment by Justice Oluwatoyin Taiwo of the Special Offences Court in Ikeja Lagos for defrauding a businessman of 40,000 euros.

Sadiq, 50, was accused of defrauding one Babatunde Emmanuel, the businessman, of the said 40,000 euros under the guise that the funds would be used for the processing of Malta Government Citizenship Investment Programme as well as procurement of Malta international passport.

He had presented himself to the victim as an agent of the Maltese government.

Upon receipt of the money, however, the defendant merely furnished his victim with fake Maltese international passport, which upon use, resulted in the deportation of the victim when he used it to travel to Europe, with his 10-year visa revoked.

Subsequently, the victim petitioned the EFCC. Sadiq was thereafter arrested by EFCC operatives upon his arrival from the United Kingdom, UK.

Investigation, according to EFCC, revealed that the said fund was in fact diverted to the personal use of Sadiq.

The EFCC prosecuted him on an amended seven-count charge bordering on obtaining by false pretence and forgery.

One of the counts reads: “Abiodun Adeola Sadiq (aka Bunmi Sadiq) between the 14th day of May 2019 and 23rd July 2019 at Lagos within the Ikeja Judicial Division obtained a total sum of forty thousand euros (40,000 euros) from Babatunde Emmanuel by falsely representing to Babatunde Emmanuel that the money was for Malta Government citizenship Investment Programme and procurement of Malta international Passport which pretence you knew to be false.”

Another count reads: “Abiodun Adeola Sadiq (aka Bunmi Sadiq) between the 14th day of May 2019 and 23rd July 2019 at Lagos within the Ikeja Judicial Division knowingly forged and international passport with Passport No. 7255732 with names Babatunde Emmanuel Babalola purporting the said passport to emanate from Passport Office Malta.”

He was also accused of forging two other Maltese international passports in the names of Vincent Genesis Oyinlola and Vincents Olivia Ashinedun.

He pleaded “not guilty” to the charges when he was arraigned.

In the course of the trial, the prosecuting counsel, S.O. Daji, called four witnesses including Sadiq’s victim, who, testifying as the second prosecution witness narrated how he was defrauded and how, following the use of the passport, he was humiliated in Europe and treated like a terrorist as the passport was forged. Eight exhibit were also tendered in evidence through the witnesses.

The defendant, who took to the dock to defend himself, claimed that the forged passport, which landed the victim in trouble, was obtained from one “Sesan”, whose surname and location he could not provide throughout the trial.

Delivering judgement yesterday, Justice Taiwo held that the prosecution proved all the counts against the defendant beyond every reasonable doubt.

Defence counsel, P.A. Awe, however, pleaded extensively for the Court to temper justice with mercy and to grant a non-custodian sentence. His client who had a chance to address the Court also pleaded for mercy.

“Have mercy upon me,” he said.

Thereafter, Justice Taiwo sentenced him to five years on count one, and 2 years each on counts two to seven. The sentences are to run concurrently.

He was also ordered to pay restitution to his victim.