APC Convention: Why I Stepped Down As National Secretary - Prof. Olaiya


Olaiya, who was led to the stage by a former governor of Ogun state, Olusegun Osoba, to announce his withdrawal, gave the reasons for stepping down in a press statement on Sunday. 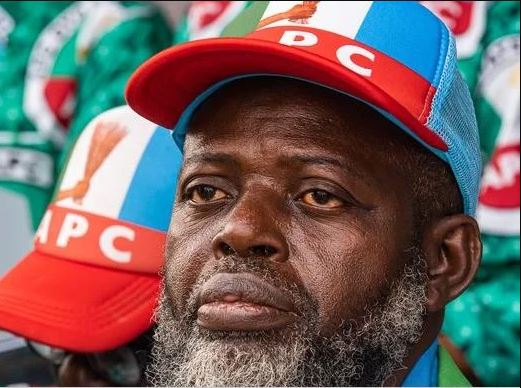 Prof. Abideen Olaiya, an aspirant, has given reasons for withdrawing from the National Secretary race of the All Progressives Congress at the party’s national convention.

Olaiya, who was led to the stage by a former governor of Ogun state, Olusegun Osoba, to announce his withdrawal, gave the reasons for stepping down in a press statement on Sunday.

He explained that Osoba pleaded with him to step down out of respect for the President, Major General Muhammadu Buhari (retd.), and leaders of the party in the South-West.

Olaiya said he decided to contest because nobody had met with him to step down before the convention.

The statement was titled, ‘2022 APC National Convention: Why I withdrew from the race of National Secretary of APC’.

It read, “In preparation for the 2022 APC National Convention, I obtained the Expression of Interest and Nomination forms for the office of National Secretary of our party which was zoned to the South-West.

“My interest to occupy this seat was based primarily on my experience in politics over the years, knowing the importance of party politics and its involvement in installing good governance. More importantly, was the unfortunate demise of two of our leaders in Oyo State, Abiola Ajimobi and Chief Adebayo Akala, which left a big vacuum in APC Oyo State.

“Thereafter, I got the information that the President of the Federal Republic of Nigeria, President Muhammadu Buhari GCFR has requested and encouraged Governors and leaders from South-West and other regions to agree on consensus candidate for all position in the party. At this time, I was expecting intervention from our leaders on what step I should take. This did not come until the last-minute intervention at the convention ground.

“The process of consensus-building, I learnt was followed to the letter in case of chairmanship aspirants while that of the secretary was observed in the breach, hence the ugly scenario that came up last night.

“It is with great respect for the office and personality of the president of the Federal Republic of Nigeria and not to bring shame to the South-West region that I made up my mind to withdraw from the race.

“At this juncture, I must acknowledge the effort of Rotimi Makinde, Ajibola Famurewa, Opeyemi Bamidele who were the first set of people who approached me to break the ice. Also, Akin Olajide, Oyo State Chairman, Chief Isaac Omodewu, and Akeem Akogun are well appreciated. Their efforts eventually led to the intervention of our leader Chief Segun Osoba.

“In all, I wish the new executives a successful tenure and also reiterate the fact that we need to hold to principles and ethos of democracy for the party to engender good governance to Nigerian citizens, this is the only interest that is sustaining my interest in politics till date.”