The cook was apprehended while trying to distribute a kilogram of the illicit drug he cooked and packaged in seven nylon sachets. 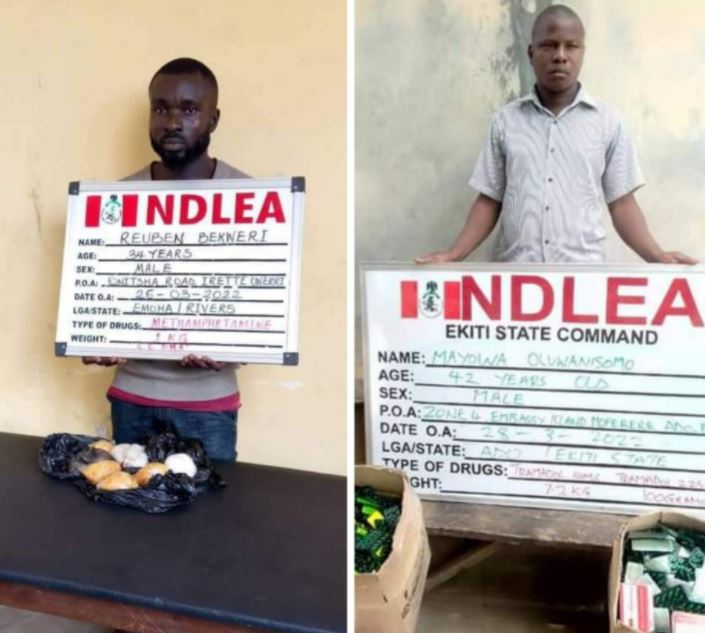 A professional methamphetamine (Mkpuru Mmiri) cook in Imo state has been apprehended by the  Operatives of the National Drug Law Enforcement Agency, NDLEA while 11,570 tablets of tramadol have been recovered from a lawyer in Ekiti.

Director, Media & Advocacy of the agency, Femi Babafemi, in a statement on Wednesday March 30, said the Mkpuru Mmiri cook, Reuben Bekweri, 34, was arrested in Owerri while trying to distribute a kilogram of the illicit drug he cooked and packaged in seven nylon sachets in the Irete Area of Imo state capital on Saturday 26th March.

A total of 11, 570 tablets of Tramadol weighing 7.3kilograms were recovered from him when his residence was searched.

He admitted ownership of the drug exhibits, adding that he graduated from Ekiti State University, Ado Ekiti and Abuja campus of the Nigerian Law School in 2016.

Chairman of NDLEA, Brig. Gen. Mohamed Buba Marwa commended the officers and men of Imo and Ekiti state Commands for sustaining the offensive action against drug cartels in their respective areas of responsibility.