Alex stated that she decided to choose herself and choose life, rather than getting married. 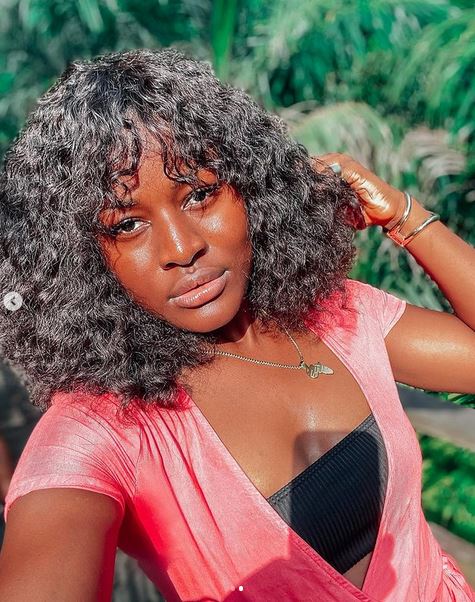 Ex-BBNaija housemate, Alexandra Sandra Asogwa, has opened up on why how she turned down a marriage proposal last year.

According to the influencer, someone proposed to her last year, but she turned it down because she wanted to focus on herself.

The reality TV star disclosed this via her official Instagram page some moments ago.

Alex Unusual stated that she decided to choose herself and choose life, rather than getting married.

Sharing some beautiful photos on her page, the reality star added a caption that read,

''I almost got married last year. I mean, I was proposed to but I chose me. I chose life.

How can I be with someone that hits me?. He always tried to show the world that we had a perfect relationship but I had a black eye and wore his expensive shades to cover it up. I can remember my caption when I posted that picture “Rich and getting it”. I had comments like “show us the way, cut soap for me, you are the fashionista “ . My dear, your fashionista was covering her shame.

I could have chosen to stay with him but, won’t my children have to constantly watch their mum being hit? What kind of effect will it have on them? Will they be traumatized? Will they become bullies? Will they learn to hurt others ?

There are relationships where people are free to be happy. I wanted that. I wanted a happy family so, I sacrificed my unhealthy relationship before I sealed it. I saw the signs and did what I to do on time.

Andre’s mother is also a bully. She will constantly tell me to treat her son like a king so he won’t get upset and hit me.

He will hit me for disagreeing with him, for complaining about his late nights, for smiling for too long, for not making fresh meals three times a day, for wanting to go out with friends.

In as much as he blames his character on his upbringing. “I was bullied in school, that’s why I hate being talked back at, my dad made me an angry child, I’m a Leo and you are aquarium abi asparagus (whatever he calls it). Zodiac sign excuses to be animal.

He is an adult now and should know what’s wrong and right. He is so rich but wealth doesn’t guarantee health.

All these were words from Udochi during our conversation last week. I understand where she is coming from. Society is blaming her for still being unmarried, social media trolls are bullying as usual but I respect her decision.

Choose you and your future today. Do not let your children become monsters because you chose to be with a monster. That’s if you’ll be alive to see your children after such decision. Leave unhealthy relationships. Don’t be with a bully. #saynotobullying #saynotodomesticviolence'' 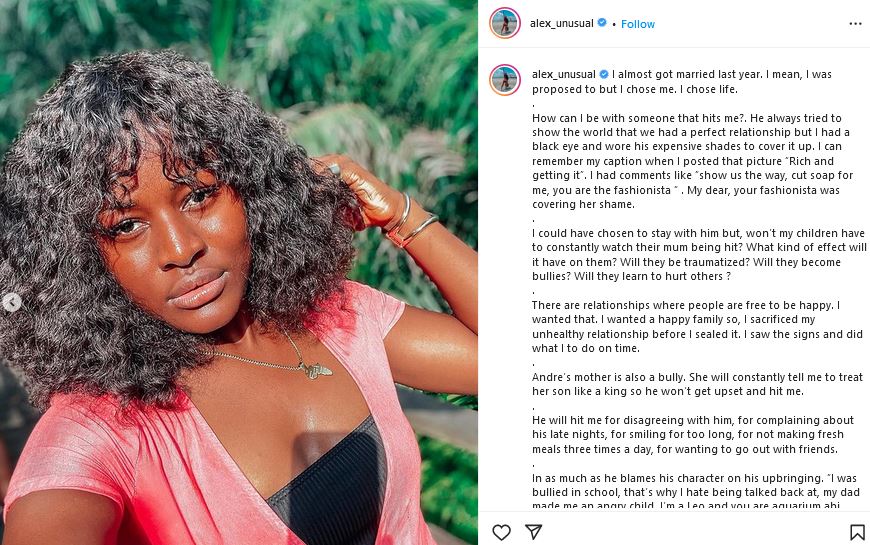