She said such a line of thought was dangerous as it tended to shame the victims, instead of bringing the r*pists to book. 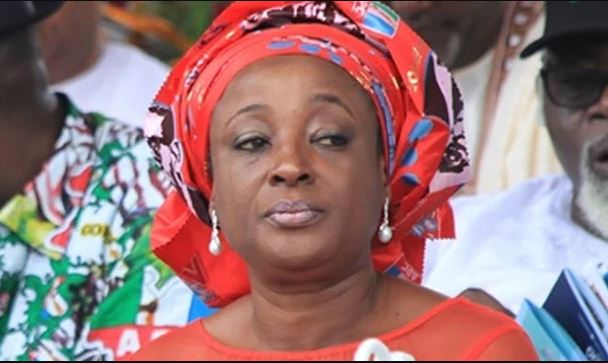 Mrs Betsy Obaseki, the First Lady of Edo State, said that indecent dressing could not be a reason for the increase in r*pe cases in the country, adding that what was termed indecent dressing was relative and differed from country to country.

Speaking at a press parley by the Edo State Gender-Based Violence Management Committee on Wednesday, Obaseki said it was absurd to blame r*pe cases on the victims because of the way they dressed.

She said such a line of thought was dangerous as it tended to shame the victims, instead of bringing the r*pists to book.

She noted that the r*pe of a seven-year old girl by a 54-year-old Michael Ugwuke, who was sentenced to 14 years imprisonment last Friday, showed that r*pe cases could not be attributed to indecent dressing.

She stated, “How possible is it for anyone to say that indecent dressing is the cause of r*pe in the society? What is termed indecent dressing is relative, and differs from country to country. That line of thought is a way to blame r*pe victims, instead of the r*pists.

“The case of a young girl who was r*ped by a 54-year-old man, Michael Ugwuke, shows that the way ladies dress has nothing to do with why they are attacked by s*xual predators.”

She said the state government was ready to battle r*pists and ensure they were brought to book.

“We are going to arrest anyone connected with r*pe, no matter how highly placed. Those who try to cover up these offenders will also be prosecuted. We have resolved in the state to bring offenders to book and pursue all the cases in court to a logical conclusion,” Obaseki added.

The deputy governor of the state, Comrade Philip Shaibu, noted that the state government was ready to rid the state of s*xual predators and urged victims to report cases to the appropriate quarters.