If Your Boyfriend Is Not Spending Money On You, It Means He’s Saving Money To Marry You - Somadina Adinma Tells Ladies


His post was received with backlash as many said it was the reason Ned Nwoko ended up with his ex-girlfriend, Regina Daniels. 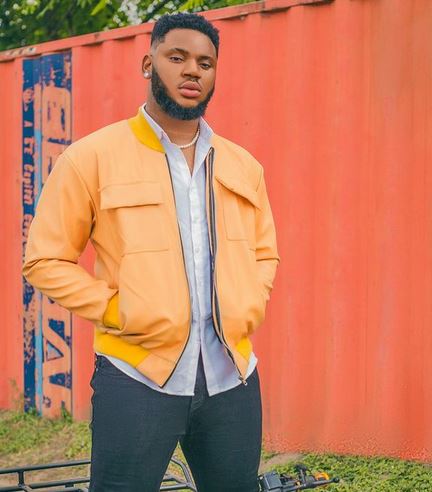 Nigerian actor, Somadina Adinma has been dragged online for a post he made about men not spending money on their women.

The actor had taken to his Snapchat handle to tell ladies that if their boyfriends aren’t spending on them, it means they saving the money for marriage.

He further urged them to be patient as men are good people.

“If your boyfriend is not spending money on you it means he’s saving money to marry you.

Be patient men are good people” 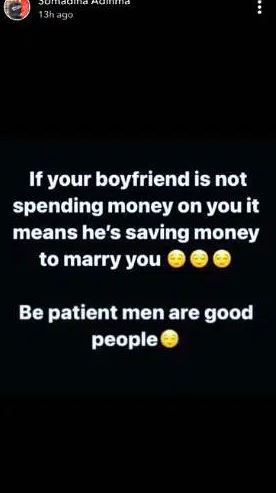 Reacting to this post, social media users slammed Somadina who was in a relationship with Regina Daniels before Ned Nwoko married her.

Some assumed that this thought of his was what aided Ned Nwoko to get Regina Daniels. 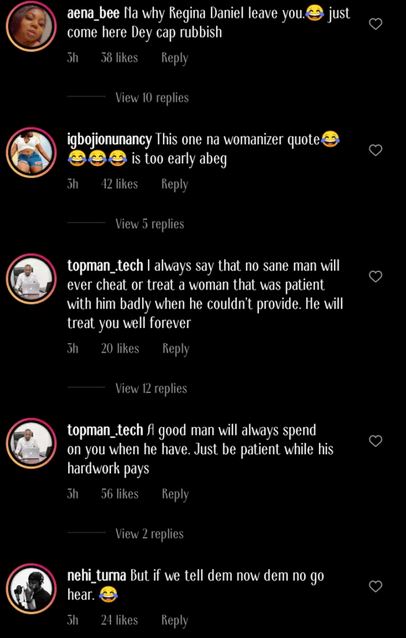