The incident happened around 8pm on Friday when the lightning struck the woman who was fetching rainwater from a drum into her room. 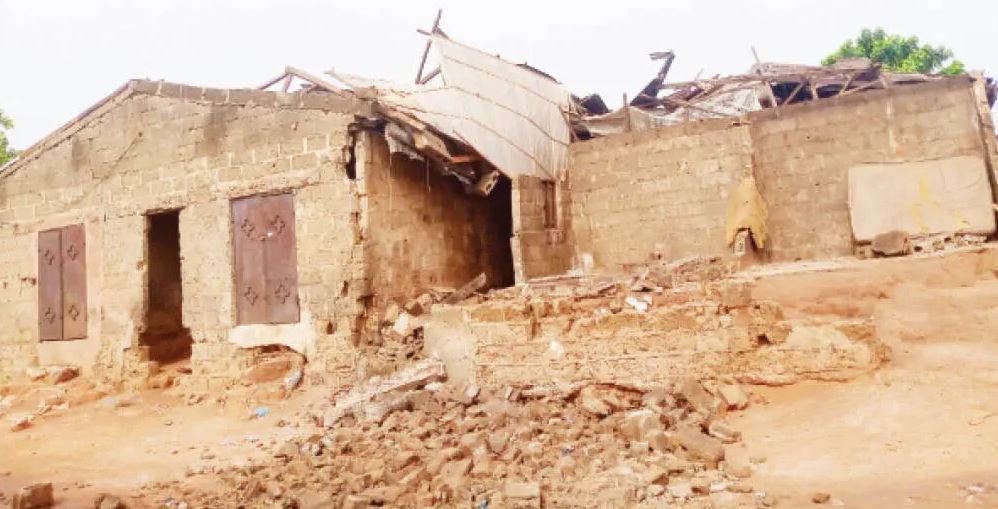 A 32-year-old housewife, Mrs Rahmat, has been struck dead by lightning following a heavy downpour at Anguwar Abattoir in Abaji Area Council of the Federal Capital Territory, FCT.

According to Daily Trust, a resident of the area, Shuaibu Ibrahim, said the incident happened around 8pm on Friday when the lightning struck the woman who was fetching rain water from a drum into her room.

He said, “The woman was truck, slumped and died on the spot,” adding that the mother of four had since been buried according to Islamic rites.

The roofs of several houses at Ayaura, Abattoir, Kekeshi, Wadataa, Kpokolobi and Abattoir extension areas in Abaji were blown off by the accompanying windstorm.

The wind also pulled down some electric poles and trees in the area.

A resident of Abattoir, Yakubu Musa, whose roof was blown off, said he finished roofing his house a week ago.

Musa further said, “In fact, I just collected a bank loan to buy the zinc that I used in roofing the house, while I was planning to see how I could raise another money to buy doors and windows when this disaster happened to me.”