The NSA spoke on Friday through, Zakari Usman, Head of Strategic Communication in his office. 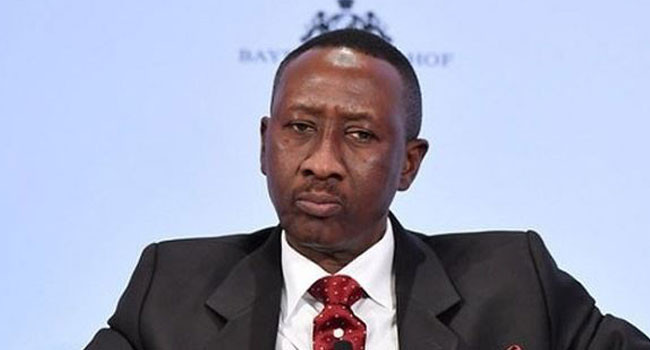 National Security Adviser (NSA) Babagana Monguno has clarified that Kaduna Governor Nasir El-Rufai didn't divulge classified information on terrorism.
The NSA spoke on Friday through, Zakari Usman, Head of Strategic Communication in his office.
He had on Thursday stated that El-Rufai talks too much after the Security Council Meeting chaired by President Muhammadu Buhari.
A statement by Usman noted that Monguno, a retired Major General, was quoted “out of context”.
“The NSA did not at anytime during the briefing criticize and accuse Governor Nasir El Rufai of divulging classified information”, it reads.
Usman said the NSA was not referring to the Kaduna helmsman in his comment on the protection of sensitive operational information.
He clarified that Monguno, while responding to a question, cautioned security agents who are “in the habit of revealing unauthorized sensitive operational details”.
The statement said El-Rufai “has been a consistent and exemplary partner to the security sector” and the NSA would not discredit him.
Top Stories