He revealed that she called him at night, wearing only p*nties while offering s3x for his services. 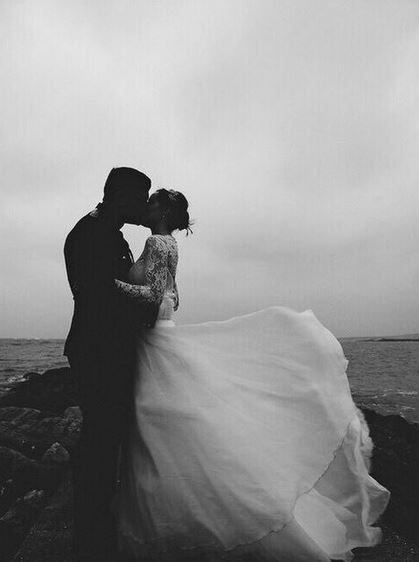 A Nigerian man has taken to Twitter to narrate how a bride-to-be offered him s3x as payment to be the MC at her wedding.

@_Odafe_ said the lady contacted him on Instagram and after agreeing on a price, he awaited payment to confirm booking.

He further revealed that she later called him at night, wearing only p*nties and offered s3x for his service.

''A Lady contacted me on Instagram to MC her wedding. We agreed on price & I awaited payment to confirm Booking. She video called me later at Night, wearing only Panties & offered s3x for my Service. Confirmed she was same person in her pre-wedding Photos & blocked her immediately.'' 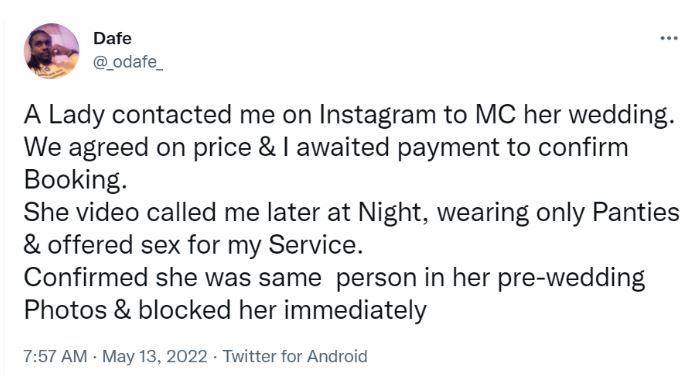