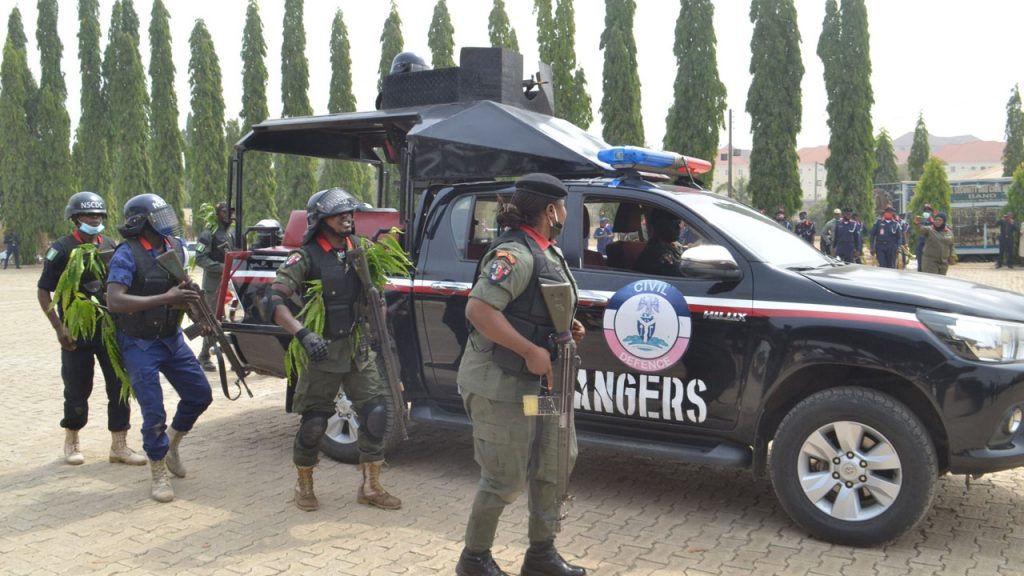 In what will come across as a really startling development, as many as four suspected cable vandals were, on Saturday, arrested by operatives of the Nigeria Security and Civil Defence Corps, NSCDC, Kwara State Command in Ilorin.

They were allegedly caught in the act trying to vandalize armoured cable of a 33 KVA transformer serving Ifesowapo community, in the Oyun area of Ilorin metropolis.

The State Commandant of the Corps, Makinde Iskil Ayinla, disclosed this in a statement by the Corps spokesman, Babawale Zaid Afolabi, made available to newsmen in Ilorin.

He explained that prompt response of the Corps’ anti-vandal unit to a distress call led to the arrest of the suspected vandals.

“In line with the directive given by the Commandant-General, Ahmed Abubakar Audi, regarding one of the core mandates of the NSCDC, which is to protect all government’s critical infrastructures and national assets, on Saturday 14/05/2022, at about 0610hours, the anti-vandal unit of the corps was able to arrest four vandals who were met vandalizing a 33kva transformer serving a whole community and costs huge amount of money,” the Commandant disclosed.

In the meantime, the Commandant has ordered full scale investigations that could lead to the arrest of other suspects believed to still be at large.