Thuranira was arrested on Thursday afternoon, May 26, following a tip-off from the members of the public. 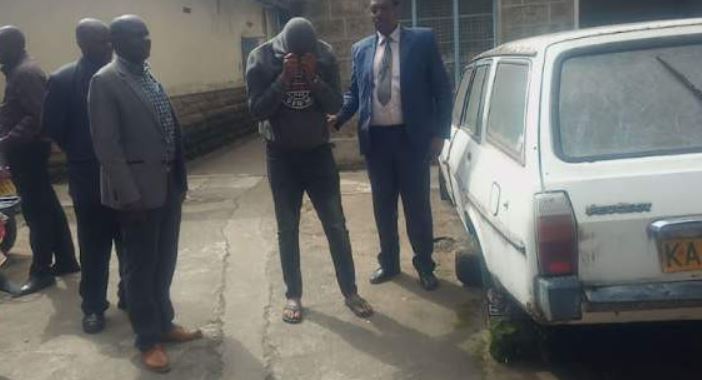 The police in Nakuru community of Kenya has arrested Benson Thuranir, a Narc-Kenya MCA aspirant for Muthara Ward (Meru county), for allegedly robbing an M-Pesa shop (a mobile money shop).

Thuranira was arrested on Thursday afternoon, May 26, following a tip-off from the members of the public.

"Thuranira entered an M-Pesa shop and asked the owner to deposit Ksh64,000 in his mobile number. When the M-Pesa lady deposited, he manipulated his mobile phone and it could not reflect the deposit message. He, therefore, told the lady to return his cash which she did but upon checking her message, she found out the money had already been deposited to Thuranira's account."

The DCI boss also disclosed that upon further investigation, they found out Thuranira has other similar cases in Shauri Moyo, Mwea and Mombasa.

Thuranira told the officers that he was looking for money to finance his campaigns.