The National Vice-President, SSANU, Dr. Abdussobur Salaam gave an update in an interview on Tuesday. 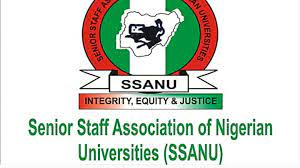 The Joint Action Committee of the Senior Staff Association of Nigerian Universities and Non-Academic Staff Union of Educational and Associated Institutions has given an update on its ongoing nationwide strike.
SSANU said that after another round of talks with the Federal Government Renegotiation Panel, nothing tangible was achieved.
Speaking in an interview with Punch on Tuesday, the National Vice-President, SSANU, Dr. Abdussobur Salaam, said the panel met only once with SSANU since it was inaugurated on March 7, 2022.
The committee, which was chaired by the Pro-Chancellor of Alex Ekwueme Federal University Ndufu-Alike, Emeritus Prof. Nimi Briggs, was given three months to conclude the renegotiation with the four university unions and send the report to Federal Government.
The committee’s timeline ended on Monday.
It is believed that the committee will submit its report to the Federal Government this week or get an extension.
But Salaam explained that the Briggs committee’s engagements with SSANU had been minimal and the timeline was not being adhered to.
He said, “Within the three months timeline, SSANU has only had one meeting with the Briggs renegotiation team. The meeting was held on Friday, April 8, 2022. Today, being June 7, makes it exactly two months ago.
“At the meeting, nothing tangible was put on the table. No offer was made by the government, particularly on improved conditions of service and welfare of our members.
“The government’s side seems not to be sure of itself and groping in the dark as far as its mandate is concerned.
“As of now, we have no reason to express satisfaction because even the paces of the discussions have been too slow. If it has taken two months after the first meeting with SSANU and no meeting has been called, it gives room to doubt the willingness and capacity of the committee to deliver on its mandate.”
He suggested that the panel be properly empowered to take decisions on behalf of the government.
Salaam said, “The Committee should be properly empowered to take decisions on behalf of the government. To be breathed down upon by government officials as the engagements with the committee suggest is not good for confidence building. They should show that they have a mandate to commit on behalf of the government.
“Similarly, the committee appears not to take cognisance of the timelines in the discharge of its assignment. Whatever the bottlenecks militating against the timelines should be removed.
“If we have only had one meeting within the three months timeline with nothing tangible being put on the table, it leaves much to be desired and it is highly unfortunate.”
When our correspondent contacted Briggs on the telephone for reactions on SSANU’s complaints and other issues, he declined comment, saying, “I don’t react to anything on telephone.”
SSANU’s strike started with a warning strike of two weeks which commenced on March 27, 2021, while the extension of another two weeks commenced on Sunday, April 10, 2022.
The union’s demands include the inconsistent issue of the Integrated Payroll and Personnel Information System, unpaid earned allowances, and delay in the renegotiation of FGN, NASU, SSANU agreements, and non-payment of minimum wage arrears.
Others include neglect and poor funding of state universities, non-payment of retirement benefits to outgoing members of the unions, and usurpation of the headship of non-teaching units in clear violation of conditions of service and establishment procedures, among others.
Top Stories