It was learnt that as the operatives move to effect the arrest, some youths believed to be his supporters allegedly resisted the officials and attacked them. 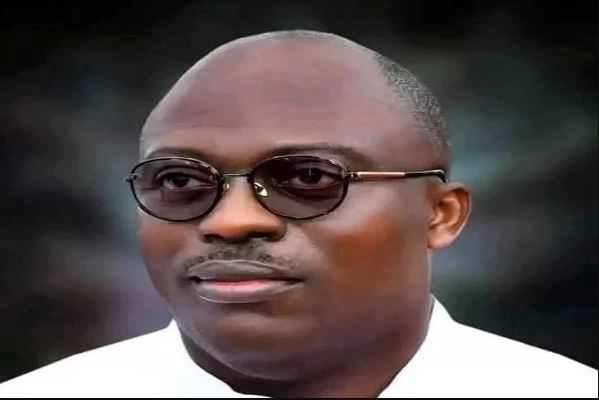 Siminialayi Fubara, the governorship candidate of the Peoples Democratic Party in Rivers State in the 2023 general election, on Tuesday night escaped an attempt by officials of the Economic and Financial Crimes Commission to arrest him on Tuesday night.

The drama took place at the Port Harcourt International Airport as the plane ferrying Fubara and other PDP chieftains who had accompanied him to Abuja to receive his Certificate of Return touched down at the airport.

It was learnt that as the operatives move to effect the arrest, some youths believed to be his supporters allegedly resisted the officials and attacked them.

Though details of the alleged attack were still sketchy as of the time of filing this report, but sources said some of the EFCC operatives sustained injuries.

The EFCC had declared Fubara, the immediate past Accountant General of Rivers state, and three other top state government officials wanted over alleged N117 billion fraud.

After the drama at the airport, Fubara who won the state PDP governorship primary on May 25 proceeded to the state party secretariat where he addressed party supporters and stakeholders.

When contacted, the state Commissioner of Police, Friday Eboka, said he was not aware of the incident, adding that the airport was not under his jurisdiction.

“At the Airport? Well, I am not aware. The airport is not under me. The airport and seaport have their own commissioners of police,” Eboka stated.

The EFCC was yet to speak on the incident.