In an interview with CNN, Laide said she panicked when she heard the news and began calling anyone who knew about her parents’ whereabouts. 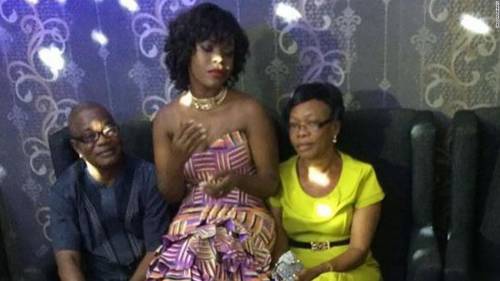 Laide Ajanaku, a Nigerian woman, has mourned her parents who were killed in the terrorists’ attack on St. Francis Catholic Church, Owo, Ondo State.

Gunmen had on Sunday attacked the church located on Owa-Luwa Street in Owo, the hometown of the State Governor, Rotimi Akeredolu, leaving many parishioners dead and several others injured.

In an interview with CNN, Laide said she panicked when she heard the news and began calling anyone who knew about her parents’ whereabouts.

“We heard it was an explosion at first. Then, we started panicking and calling everyone for information,” she said.

“Somebody had my dad’s phone. I still don’t know who that person was. The person picked up and said my dad had been injured and had been taken to the hospital, but he didn’t know anything about my mum’s whereabouts. He later said my dad didn’t make it.

“We eventually got through to a priest friend who confirmed that my mum had died as well.

“They never missed Mass. My dad was a knight and the chairman of the Catholic Men Organisation. He was very religious and doctrinal. There was no doubt in my mind that they had witnessed the attack at the very least, but I didn’t know that they would be so affected.”