The vacation, which will end on September 16, would be observed by all the divisions of the court in the 36 states and the Federal Capital Territory, Abuja. 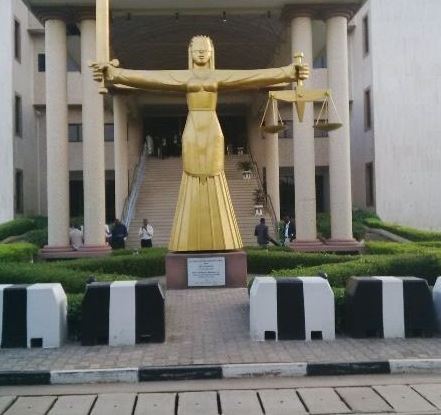 Justice John Tsoho, the Chief Judge of the Federal High Court,  has disclosed that the court will begin its 2022 annual vacation on July 25.

The announcement was contained in a circular made available to newsmen in Lagos on Thursday and dated June 29.

It was signed by an Assistant Director of Information of the Federal High Court, Catherine Christopher.

The vacation was approved pursuant to Order 46, Rule 4 (b) of the Federal High Court (Civil Procedures) Rules, 2019 (as amended).

Tsoho said the vacation, which will end on September 16, would be observed by all the divisions of the court in the 36 states and the Federal Capital Territory, Abuja.

He said court proceedings would resume on September 19 to usher in the court’s 2022/2023 legal year.

According to Tsoho, during the vacation, the Federal High Court will sit in only three core divisions of Abuja, Lagos and Port Harcourt to hear matters of extreme urgency such as the arrest of ships and enforcement of fundamental rights.

He said the cases would be heard by vacation judges.

According to the chief judge, vacation judges for Abuja Judicial Division are Justices A. R. Mohammed, Emeka Nwite and Nkeonye Maha.