Adejobi had said that the Kuje escapee was arrested in the Tafa Local Government Area of Kaduna State for stealing an iPad and a computer monitor from a hotel in Sabon Wuse, Niger State. 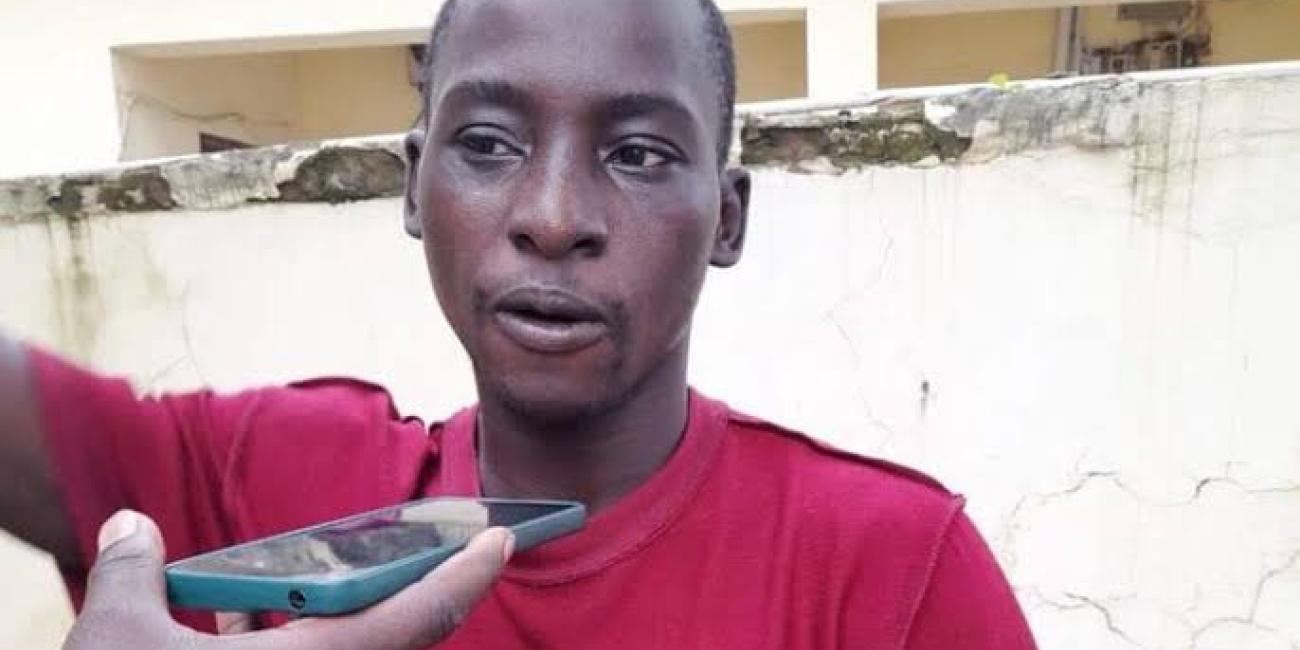 Abdulrazak Isah, one of the convicts, who escaped from Kuje Correctional Centre in Abuja on Tuesday, July 5, has opened up on his re-arrest.

He spoke on how he fell back into the hands of the law after stealing some items from an abandoned hotel in which he was hibernating.

Isah is one of the suspects paraded in Abuja last Wednesday by the Force Public Relations Officer, CSP Olumuyiwa Adejobi, for various offences ranging from kidnapping, armed robbery to murder, Nigerian Tribune reports.

Adejobi had said that the Kuje escapee was arrested in the Tafa Local Government Area of Kaduna State for stealing an iPad and a computer monitor from a hotel in Sabon Wuse, Niger State.

Giving information about his background, he said, “I am 27 years old. My parents are from Ondo State but I was born and brought up in Bauchi State. I’m an engineer of digital television. I repair digital TV installations and other electronics. I lost my parents in 2019.

“I was involved in the killing of an Indian. I was working with the Indian as a cook. Another Indian working in the same company, a ceramic industry wanted to take over the position of my direct boss, so there was rivalry between them. The Indian we killed was the factory chairman. The one who assigned the killing to us was the Vice Chairman. The company was owned by Indians and was producing tiles and water closets.

“The job was given to me and my colleague. On a Friday, at about 7:30pm, my boss was sitting in front of his office when my co-worker crept in from behind and stabbed him in the stomach which made him to fall down. Before then, we had planned that I should leave, pretending to want to do something. That night, I told my boss that I was going to pick his key, but signalled to my colleague.

“After he fell, I took his phone. The police came to evacuate his corpse. Later, all the company workers were summoned but my partner-in-crime did not come, so they went to arrest him. During investigation, he confessed and that led to my arrest. The Indian who gave us the assignment was also arrested but later released.

“Before our arrests, the Indian man gave my partner an amount which was not disclosed to me, but he (co-worker) promised to give me N30,000 which I never got till we were arrested. I was arraigned in court for armed robbery and murder and was remanded in prison.”