The policeman was said to have embarked on the journey to get his document at the Lagos State Police Command in a bid to transfer it to Abia State. 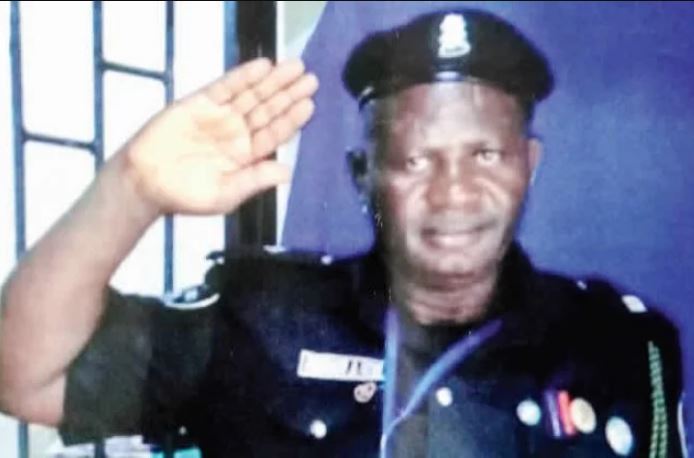 The family of Victor Uwadinachi, an Assistant Superintendent of Police, have cried out as he is nowhere to be found.

The family lamented over his disappearance on his way to the police headquarters in Ikeja, Lagos State.

PUNCH Metro gathered that Uwadinachi, who was recently transferred to the Abia State Police Command, boarded a bus from Umuahia to Lagos State on an official visit.

The policeman was said to have embarked on the journey to get his document at the Lagos State Police Command in a bid to transfer it to Abia State.

Uwadinachi’s family lawyer, Anozie Emelike, who spoke to our correspondent on Tuesday, said the bus driver, Christian Ekweme, was conveying the policeman alongside other passengers to Lagos when they got to an illegal checkpoint around the Orsu/Nkwere Orlu Road.

He said the gunmen, upon discovering that Uwadinachi was a policeman, allegedly shot him, adding that the gunmen ordered the driver to continue the journey, leaving Uwadinachi for dead.

The lawyer said, “On August 6, 2022, Uwadinachi was en-route from Umuahia to Lagos on official trip to the police command in the state to get his file and transfer to the Abia State Police Command.

“Uwadinachi and other passengers were in a New Testament Motors’s bus driven by a driver that was aware that he is a policeman. When they arrived at Orsu/Nkwere Orlu Road, gunmen at the security checkpoint discovered that Uwadinachi was a policeman.

“After discovering, they asked him to come down from the vehicle, searched him vigorously, saw his police identification card, and shot him in the leg and hands. They commanded the driver to move on and left him in a pool of his blood.”

The lawyer said when other passengers were contacted through their phone numbers obtained from the transport company’s register, they confirmed the attack.

He, however, said the driver of the bus, Ekweme, never reported to the police or any security post on the highway despite abandoning Uwadinachi with the gunmen.

In a bid to locate the policeman’s whereabouts, the lawyer said Uwadinachi’s family members reported the case at the Imo State Police Command for investigation.

“As we speak, he (Ekweme) is yet to make himself available for investigation at the State Criminal Investigation Department, Owerri,” the lawyer said.

One of the passengers of the bus, simply identified as Pastor Chimezie, confirmed the incident to our correspondent, saying, “What you just said is true.”

On how the gunmen identified the policeman, he said, “They requested us to show our identity card. When he brought his ID card out of his bag, they shouted, ‘so, you’re a policeman.’ Then they fired shots at him.”

Efforts to reach the New Testament Motors proved abortive as the phone numbers on the company’s passenger’s manifest were unreachable.

Contacted, the Abia State Police Public Relations Officer, SP Geoffrey Ogbonna, said, “I’m not aware of the case. The command does not have such information.”

The spokesperson for the Imo State Police Command, Micheal Abattam, when contacted, said, “I’m not aware and it means that the command didn’t get such a report.”