BBNaija: List Of Housemates Up For Possible Eviction On Sunday


At the end of the nomination, Hermes, Adekunle, Bella, Dotun, Allysyn, Sheggz and Rachel were put up for eviction. 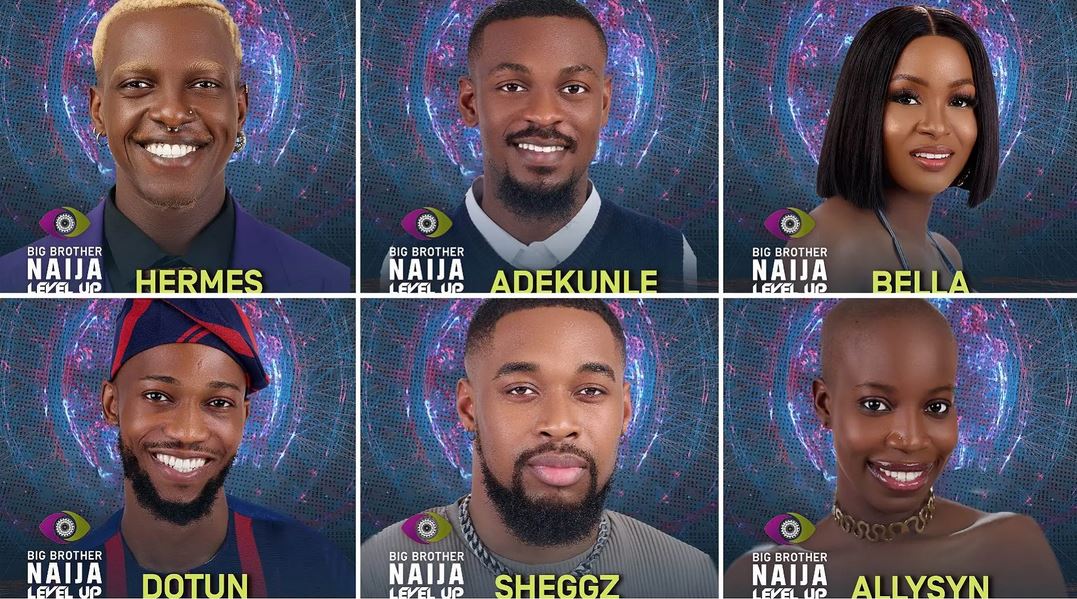 Seven Big Brother Naija Level Up housemates have been put up for possible eviction on Sunday.

Recall that Doyin, Chomzy and Eloswag were evicted during the live show.

The trio were, however, sent to a new level introduced on Sunday.

Ebuka had said that the newly introduced level 3 is for evicted housemates and they will be moved to the main house but will not compete for the grand prize.

At the end of the nomination, Hermes, Adekunle, Bella, Dotun, Chichi, Sheggz and Rachel were put up for eviction.

Phyna, however, saved Chichi and replaced her with Allysyn.

Here is how housemates nominated.