Akinleye said that the defendant’s husband report his wife at the station, accusing her of domestic violence. 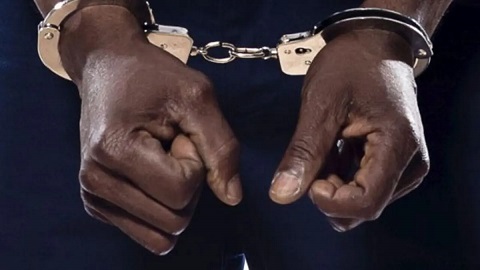 A housewife has been arrested and docked for assaulting a police officer in Lagos.
The 34- year- old woman, Folake Adeleye was on Thursday docked in an Ikeja Magistrates’ Court in Lagos.
The defendant, a trader, who resides in Agege Lagos, is charged with assault.
The Prosecution counsel, Insp Funmilayo Akinleye, told the court that the complainant, a police constable , Ridwan Lasaki, was beaten up by the defendant while performing his lawful duty.
Akinleye said that the defendant’s husband report his wife at the station, accusing her of domestic violence.
The prosecutor also said that the complainant was sent to arrest her.
“On getting to the house, the defendant resisted arrest, beat up the policeman and bit his hand,” she said .
The offence, the prosecutor, contravened the provisions of Section 174 of the Criminal Laws of Lagos State, 2015.
The defendant, however, pleaded not guilty to the charge.
The Magistrate, Mrs O. O Fajana granted the defendant to bail of N20,000 with two sureties in like sum.
Fajana adjourned the case until Sept. 28 for mention.
Top Stories