Chief Ozue also took to his Facebook page on Thursday morning to confirm that he had regained his freedom, adding that he was kidnapped by "Hausas." 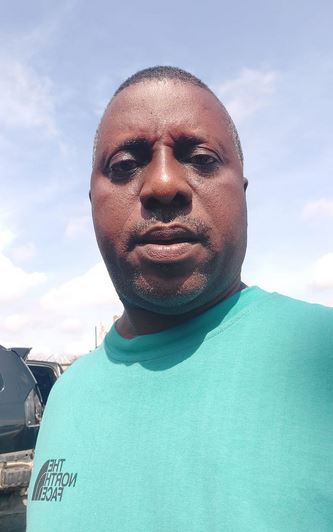 Ozue was kidnapped last Sunday September 10, along Iwhre-Ovie/Oviri-Ogor Road in Ogor Town, off Ughelli/Evwreni section of the East-West Road.

It was gathered that Chief Ozue was freed by his abductors late Wednesday night, September 14.

Chief Ozue also took to his Facebook page on Thursday morning to confirm that he had regained his freedom, adding that he was kidnapped by "Hausas."

"Words are not enough to Thank God for his mercies. Your favent prayers were truly answered. I regained my freedom from dare devil extremists, Hausas living within us, now turned Boko Haram in our communities. Truly they are here. I will do documentary on my 4 days in captivity." he said. 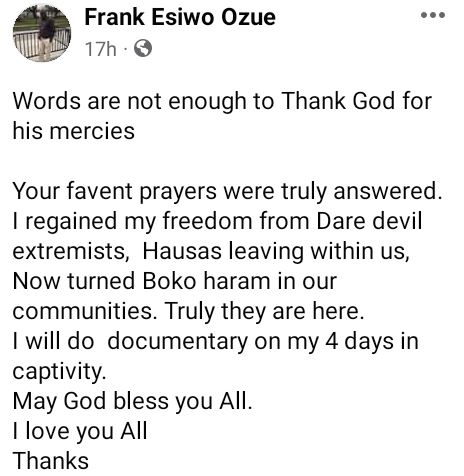 Spokesperson of the Delta State Command, DSP Bright Edafe, who confirmed the development said the victim has reunited with his family.