My Relationship With Funke Akindele Is Everlasting - JJC Skillz


The music producer, singer and songwriter JJC Skillz has continued to profess love for the mother of his kids numerous times despite their separation a few months ago. 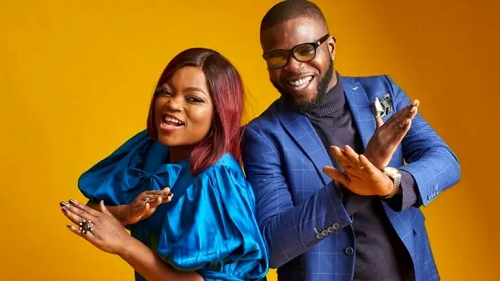 Abdulrasheeed Bello aka JJC Skillz, the estranged husband of Nollywood actress, Funke Akindele has declared that his relationship with her is everlasting.
He made the revelation in a recent interview  with Vanguard.
The singer explained that “When it comes to me and my wife, we are together forever when it comes to our children and what we have created.”
The music producer, singer and songwriter JJC Skillz has continued to profess love for the mother of his kids numerous times despite their separation a few months ago.
Recall that months ago JJC via his Instagram page announced his separation from Ace Nigerian actress and producer, Funke Akindele.
While making the announcement, he noted the need for the public to be clear that both of them are pursuing separate lives.
JJC, who admitted that the marriage had been having issues for the past two years before the announcement, also confirmed that the actress asked him to leave her house and refused any form of amicable communication with him.
The following month, the actress widely known as Jenifa was unveiled as the running mate to Lagos state PDP governorship candidate, Olajide Adediran Jandor.
Funke Akindele got married to JJC Skillz in London in May 2016 and welcomed their twin boys in December 2018.
The actress celebrated her 45th birthday on August 24th, 2022 and JJC Skillz showered encomiums on her despite the separation.
Her estranged husband, JJC Skillz surprised many with his sweet birthday message to the mother of his twin boys but was, however, absent from the birthday party
JJC posted a video collage comprising of his favourite moments of Funke and their twin boys, with a soundtrack of a professing love song,
JJC Skillz wrote, “Happy birthday my darling mama Ibeji. I pray our children embody the goodness of God and be a blessing to generations. Today is your day, celebrate and live to the fullest. Long life and prosperity,”.
He later explained the reason he wished the actress cum politician, Funke Akindele a happy birthday despite their separation.
JJC said that they had almost seven years of good relationship together, so he wished her luck.
“I and Funke had almost seven good years of lovely relationship so happy birthday to her, I wish her luck.” He stated.
JJC stressed that with his experience having baby mamas, the most important thing is the children, so they need to let all the drama go.
He continued: “I think a lot of people are quite shocked to find out that I am human. To be honest, growing up in England and with my experience of having different baby mamas, the most important thing is the children Just focus on the children and let all the drama go, and most importantly have an attitude of gratitude.
Top Stories