Fingesi says he would never yield to Governor Wike’s Executive Order 21 compelling political parties to pay N5Million for use of the state public schools and sundry spaces for campaign rallies. 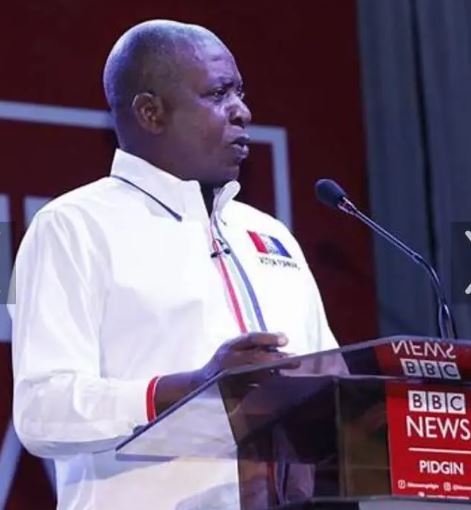 Fingesi says he would never yield to Governor Wike’s Executive Order 21 compelling political parties to pay N5Million for use of the state public schools and sundry spaces for campaign rallies.

Fingesi, expressing his preparedness for the coming election and thoughts on burning issues in Rivers said in Port Harcourt yesterday that Executive Order 21 was draconian and relives Decree 4 of a past military regime with the ADP, other political parties and Civil Society Organisations (CSOs) poised to challenge its legality.

The Rivers ADP governorship hopeful said, “We must ask questions why the subtle reintroduction of draconian Decree 4 of the long forgotten military era which gagged freedom of assemblies, associations and speech in whatever shades and forms, hiding under the guise of security breaches.

“The order aimed at restricting political parties activities, rallies and campaigns is a deliberate slap on democracy and the worst of distractions in the contemporary political system. It is inconsistent with extant laws of the Federal Republic, and at variance with international charters on human rights and peoples’ rights.

“No responsible government would conceive repulsive legislations that hurt people under his watch. It is absolutely abusive and inhuman

to restrict and box political parties into an uncharitable corner. There are no two electoral umpires but one, and that is the Independent National Electoral Commission, INEC.

“The Electoral Act is clear on the issues of political parties’ campaigns and rallies, among other activities as the case may be. We should ask questions as to why that of the Rivers State should be different.”

“The ADP, our party, collaborating with other parties and some Civil Society Organisations are going to court to challenge that draconian order. And we know the court will reverse it. In the event that the court fails to reverse it, I will not pay, and my party will not pay N5Million to Wike.

“We will campaign without paying N5Million to Rivers Government. We will go to Rivers people, devising other ways. There are door-to-door and sundry campaigns that have proven more effective. We have seen stadiums that were full, but the crowd are not all party members. Why waste money we can use to help the people, to rent crowds from other states?

The ADP candidate said he has a workable blueprint, soon to be released, to deal with perennial floods, transform education, check insecurity and improve general living standards in Rivers state when elected next governor to come 2023.