The suspects were arrested as part of 'Operation Jackal,' an international law enforcement operation between September 26 and 30, 2022, in South Africa. 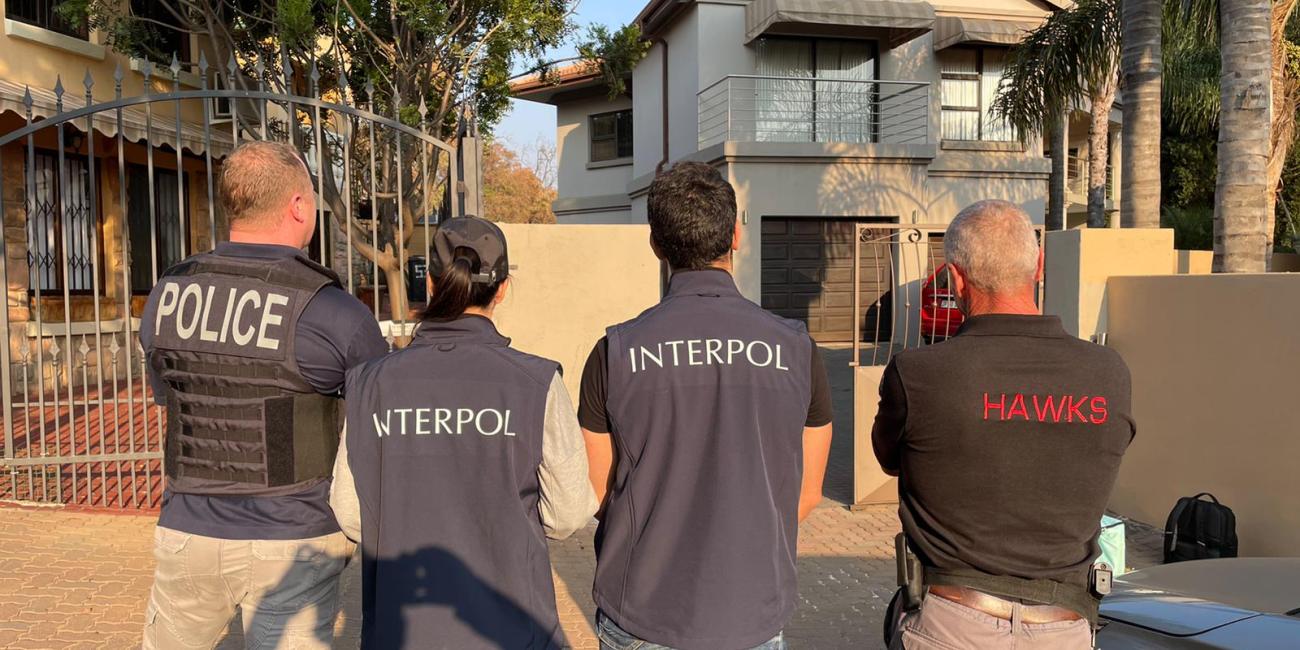 Over 70 suspected members of the 'Black Axe' cybercrime syndicate have been arrested by INTERPOL, with two of them believed to be responsible for $1.8 million financial fraud.

The suspects were arrested as part of 'Operation Jackal,' an international law enforcement operation between September 26 and 30, 2022, in South Africa.

The organisation announced this in an official statement published on its website.

Black Axe was founded in 1977 in Nigeria and is considered to be one of the world's most far-reaching and dangerous crime syndicates.

The crime syndicate first became involved with cybercrime in 2015 and is suspected of orchestrating numerous romance and "419 scams".

Financial gains are reflected in the assets seized by law enforcement during the raids, including tens of thousands of US dollars in cash, expensive cars, luxury items, and 12,000 mobile SIM cards.

By analysing the seized evidence, the police could freeze €1,200,000 in the suspects' bank accounts, identify and arrest another 75 individuals, and conduct 49 targeted property searches.

“Operation Jackal marks the first time INTERPOL has coordinated a global operation specifically against Black Axe, which is rapidly becoming a major security threat worldwide,” INTERPOL said in the statement.

“Black Axe and similar groups are responsible for the majority of the world’s cyber-enabled financial fraud as well as many other serious crimes, according to evidence analyzed by INTERPOL’s Financial Crime and Anti-Corruption Centre (IFCACC) and national law enforcement.

“In South Africa alone, the two suspects arrested were wanted for online scams that extracted USD 1.8 million from victims.

“Two INTERPOL operational support teams were also deployed to South Africa and Ireland respectively to help coordinate international law enforcement teams on the ground. In Italy, the Carabinieri made three arrests in Campobasso within the framework of the operation.

“Illicit financial funds are the lifeblood of transnational organized crime, and we have witnessed how groups like Black Axe will channel money gained from online financial scams into other crime areas, such as drugs and human trafficking. These groups demand a global response,” said Stephen Kavanagh, Executive Director of Police Services, INTERPOL.

“The lavish lifestyles and greed of many suspects – allegedly paid for by defrauding members of the public of their savings and other criminal activities – was on clear display at the scenes of their arrest. Various luxury assets were seized, including a residential property, three cars and tens of thousands in cash.