After he got sacked for his actions, Pooja revealed that the lady left him for a Senator. 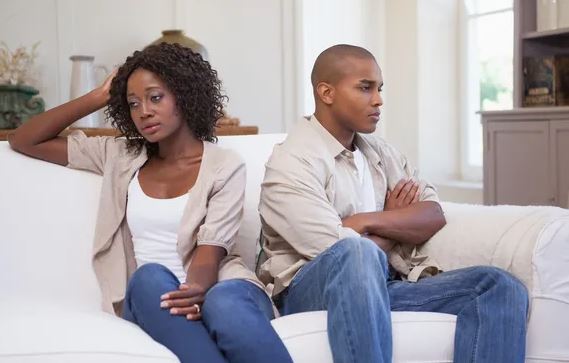 A man who defrauded his company of millions to fund his girlfriend's trip to Dubai has been dumped by her.

The tale was shared on the micro blogging platform, Twitter, by a Tweep identified as Pooja.

According to Pooja, the man had defrauded his company a sum of 2 million naira.

After he got sacked for his actions, Pooja revealed that the girlfriend left him for a Senator.

“You went to do fraud of N2m in your company cos your girlfriend wanted to go to Dubai with her friends, got sacked & the babe moved on to a better life with a Senator, chopping her like Korede Spaghetti. 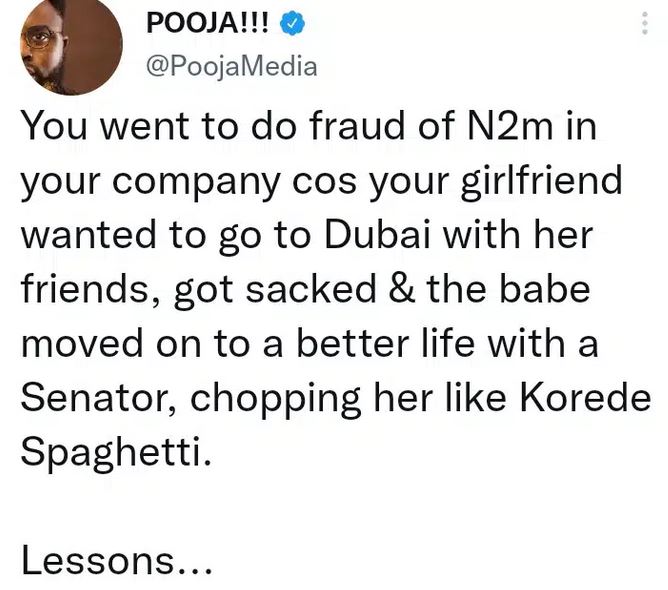