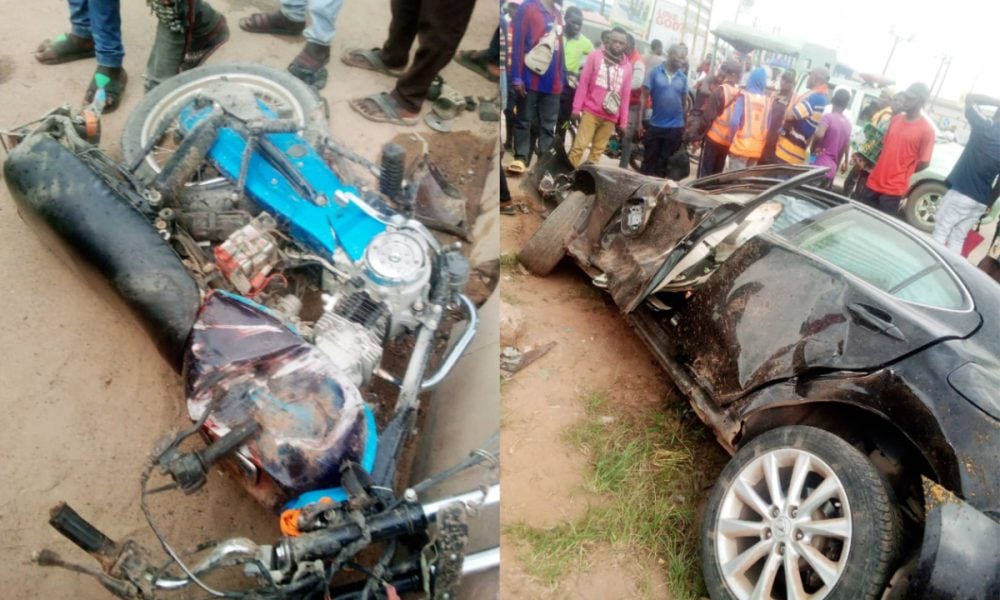 In what will come across as a really tragic development, a commercial motorcyclist has been killed on an expressway.

The rider was on Wednesday crushed to death along the Lagos-Ibadan expressway in Ogun State in an accident that injured six other persons.

According to the FRSC spokesperson in Ogun, Florence Okpe, an unregistered Lexus car had rammed into two Bajaj motorcycles with registration numbers, FFF617 QM and LAR489VY.

Okpe told DAILY POST that a total of eight men were involved in the accident.

“Six persons were injured, one person unhurt and unfortunately, one person was killed,” she said.

Okpe attributed the cause of the accident to route violation and also overspeeding, which she said, led to the loss of control on the part of the Lexus car as it rammed into the motorcycles.

Meanwhile, the Sector Commander of the FRSC in Ogun, Ahmed Umar, has described the crash as one that could be averted if rules and regulations were properly obeyed.

He also commiserated with the families of the victims, advising motorists to always consider other road users.