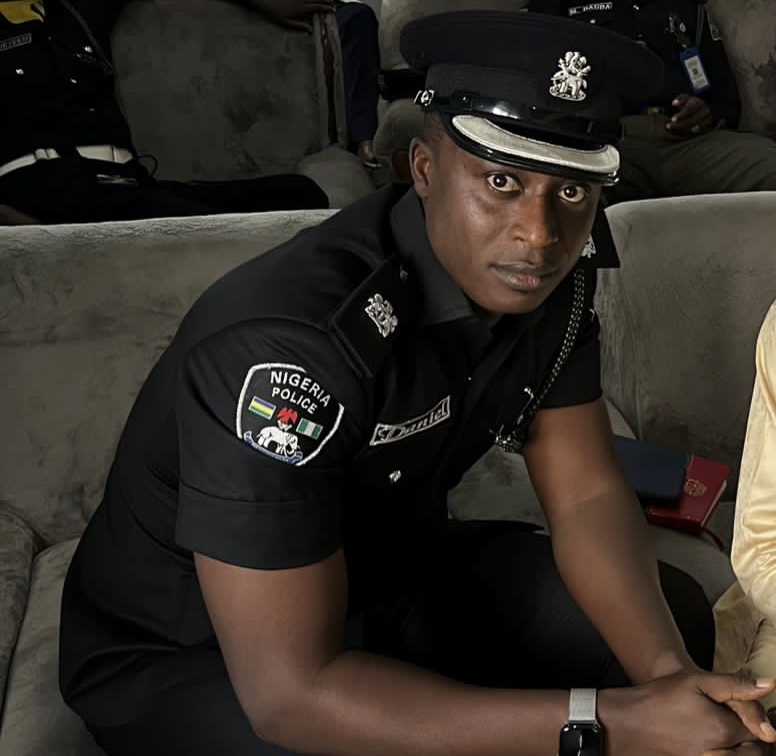 A Nigerian police officer, Daniel Amah has been honoured by the Governor of Kano state, Abdullahi Umar Ganduje.
The newly promoted Assistant Commissioner of Police Daniel was on Monday again dignified with another honour from Ganduje who applauded his display of uprightness and display of professionalism in rejecting $200,000 bribe.
Amah, a former divisional police officer (DPO) of Nassarawa station, Bompai Division in Kano, was recently promoted from Chief Superintendent of Police (CSP) to Assistant Commissioner of Police (ACP) after his celebrated criminal case.
The young police officer in April 2022, reportedly rejected an offer of $200,000 to suppress a criminal investigation involving one Ali Zaki who allegedly arranged armed robbers to trail and rob a Bureau D’ Change operator of $750. Amah was honoured with a national award for his exemplary act.
In a letter of commendation to Amah, Ganduje said his exemplary act of incorruptibility is a testimony that people of integrity are still in the force.
The letter signed by the governor and presented to Amah by Kano State Commissioner of Police, CP Mohammad Dauda, said Amah’s action led to the eventual apprehension and prosecution of Ali Zaki and other criminal gangs.
”You are indeed an absolute gem for accomplishing this outstanding dedication and exhibition of sound professionalism. I join people of goodwill to commend and urge you to uphold this priceless character in your career,” Ganduje said.
CP Dauda who was deployed newly to Kano used the opportunity to caution political actors and implore them to play by the rules as enshrined in the Electoral Act and the Constitution. He insisted no stone would be left unturned to clamp down on any individual or group that attempt to breach public peace before and during the election.
He further reminded that police would remain neutral in the political landscape and assured a level playing ground for all parties, hinting that police would hold a parley with stakeholders on how to mitigate violence during the 2023 poll.
”Our strategy will be citizen-led policing, community policing, trust and partnership between police and public to achieve peace and order. We would deepen our anti-crime fight via visibility policing and working closely with sister security agencies,” CP Dauda asserted.
Top Stories