Senator Danjuma La’ah made the submission during a recent interview on the state of the nation. 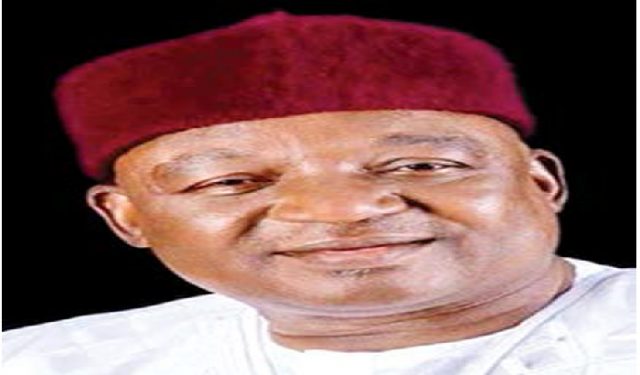 The lawmaker representing Kaduna South in the Senate, Senator Danjuma La’ah has revealed that Nigeria's President Muhammadu Buhari surrounded himself with dubious officials.
He said this when he spoke with Punch's Tope Omogbolagun.
La'ah who is the deputy minority whip in the senate revealed why Buhari's government failed.
He said: "I believe that people around Buhari were unable to execute his intentions. Buhari had the zeal, but he couldn’t get his followers to take charge and do what he wanted as a person.
And that happened because there was no proper feedback or internal monitoring systems in place for him to check from time to time. Even those he trusted with responsibilities couldn’t even checkmate and ensure that things were properly done.
As a person, no, I don’t blame him. He has the people in mind, and even if he didn’t do it well up to 100 per cent, he should have at least strived to be at least 50 to 60 per cent.
But he was unable to get credit from people; rather, people have continued to accuse him; the problem was that he lost his sight. He was just at the top but unaware of the things at the bottom.
The opposition party in the Senate has been somewhat docile, refusing to even speak on issues affecting their respective parties. For instance, there was the accusation that some card-carrying members of the ruling party weren’t duly investigated until they were passed; another was the way the lawmakers chickened out on an impeachment notice.
You see, there are things Nigerians do, whether wisely or unwisely, in the present situation. One has to be a bit careful because killing in Nigeria is just like ABCD.
Nobody takes issues seriously in this country; as a member of the opposition party, if you stand up to raise an issue, you will barely get anyone to support you. You can only do such things to remain vibrant, but they will not take you anywhere. You’d only discover that you’d end up arguing and arguing and getting nowhere.
The people who know the truth will never allow you to reveal the truth because they will keep hiding the facts. So, in order to leave sleeping dogs alone, we simply stop pushing.
To tell you the truth, all the things that we are doing at the Senate or wherever are all eye services. As a member of the minority group, one would just keep shouting and fighting to speak for the people, but there is usually no cooperation.
A lot of people do not understand what the minority is all about, and for those who do, the leadership would deny you the opportunity to air your voice, particularly in times of crisis. They’d rather give it to someone who is docile and wouldn’t oppose them. Money is also a means through which they shut the mouth of the opposition; once they give you money, you cannot speak up against them; if you attempt to, they’d say, “But we have seen you.”
This 9th Senate is different from what I was used to; gone are the days when we see lawmakers speak up against issues. People were very active and would even speak up in dire situations. I miss those days when you’d see lawmakers throw chairs at each other because of the intensity of their arguments. Now that it’s no longer like that, we take it as it comes.
It seems as though the amended electoral acts sort of empowered governors to become lords, which affected some of your colleagues. You’re one of the few who weren’t affected; how were you able to achieve victory from your side?
My governor is an APC man, and as far as I am concerned, he tried up to two times but couldn’t succeed in ensuring that I didn’t come back to the senate. Being a governor doesn’t mean he has power over every Senate decision, and it all depends on your input and what you are able to deliver for your people.
There are some governors that do nothing for some senatorial districts. Some of them choose where to work for the citizens of that state; they go on a vendetta mission so that because they didn’t get votes from some parts of the state, they would completely ignore such areas as if they were not part of the state.
My zone is a PDP stronghold, and the governor is a member of the APC; he barely does projects in my zone, and if he wants to, he would do them in an area where the people are loyal to him and ignore the other parts."
Top Stories