Audiomack Announce Popular Singer As Its 2022 Artiste of the Year 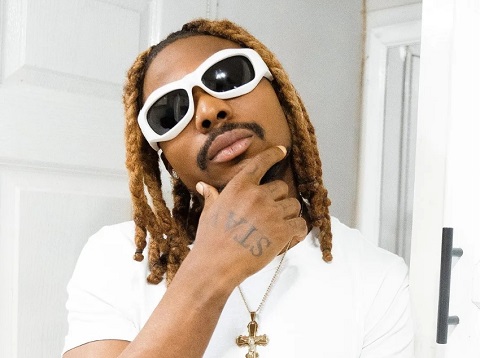 Nigerian sensation and raving fuji-amapiano fusion artiste, Ahmed Ololade, popularly known as Asake has been named Audiomack’s 2022 Artiste of the year.
The popular streaming platform said Asake earned the credit as a result of his wholesome preamble to the pack of hit songs delivered in 2022 and his excellent musical deliveries in featured tracks.
A signee to legendary Nigerian rapper Olamide’s YBNL label in January, released the celebratory “Omo Ope,” featuring Olamide himself, which introduced Asake’s spirited persona to Nigerian listeners.
His debut EP Ololade Asake arrived in February, and with it continued Asake’s ascent through the suggestive “Sungba.”
In a press release uploaded on the website of the streaming platform on Thursday, December 15, 2022, it read, “In September, Asake released his debut album, Mr Money With The Vibe, a 30-minute bombardment of party-starters which amassed over 330 million streams on Audiomack, making its debut at No. 66 on the Billboard 200.
“Mr Money With The Vibe set the record as the highest-charting debut album from a Nigerian artist ever.

“The fuji-amapiano fusion attracted Burna Boy to hop on a remix in March, Re-Upped in April by Audiomack. The cosign from Burna Boy elevated Asake to another plane, and stamped him as Nigeria’s first big breakout of 2022. It was a lofty achievement at the time, but more was to come.
“Asake’s tone centres on using his journey as a case study for overcoming the struggles of young Nigerians. Prior to this year’s breakthrough, he spent many years toiling in the entertainment space.
“By the time he broke into the scene, it seemed like streaming and local radio charts were waiting for him to take his place at the top, which his songs did,” Audiomack wrote.
Asake’s achievements quickly became superfluous, with crooners such as “PBUY,” “Bandana” with Fireboy DML, and then a deal with independent juggernaut EMPIRE, to sing “Terminator.”
“This year, Asake redefined what it means to be a breakout artist. Amidst an explosion of amapiano, and West African music’s continued global rise.
“Asake has conquered cross-cultural fusion like no one else, to the point of putting South African music heavyweights on notice,” the statement added.
Top Stories