The Islamic group reaffirmed the appellation it gave the president in 2021 as the ‘Father of Modern Nigeria’. 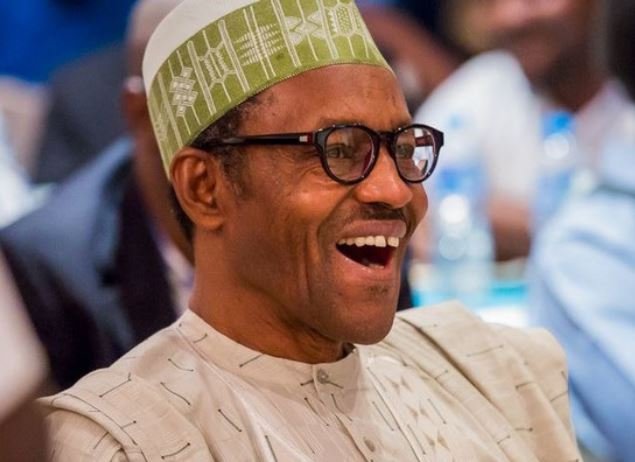 The Muslim Rights Concern, MURIC has praised President Muhammadu Buhari on his 80th Birthday, saying he has not stolen a kobo from Nigerians.
MURIC stated this while congratulating President Buhari on Monday.
The Islamic group reaffirmed the appellation it gave the president in 2021 as the ‘Father of Modern Nigeria’.
In a statement by its Director, Professor Ishaq Akintola, the group recounts how the former presidents abused their office.
The statement reads partly: “We rejoice wholeheartedly with President Muhammadu Buhari as he attains the ripe age of 80. It is such a pleasant sight seeing him bouncing with so much energy all over Nigeria and across the globe instead of being the helpless invalid that the wicked had wished and prognosticated.
“It is, indeed, sweet victory for him as he has overcome so many obstacles laid before him. This is still the same man who was pronounced dead by many of his enemies.
“A two-time president, once as a military head of state and now as a civilian president, who is not moved by wealth. He overcame greed a long time ago. In spite of having so many cantankerous enemies, nobody has accused him of stealing one kobo of our common patrimony.
“Compared to other past African leaders who basked in opulence, Buhari stands tall in prudence, economic frugality, transparency, probity and accountability. Such greedy African leaders include Francisco Macias Nguema of Equatorial Guinea (1968 – 1979), who hoarded state money. Tedodoro Nguema Mbasogo (1968 – 1982) had a net worth of $600 million which made him one of the richest heads of state in the world.
“Robert Mugabe of Zimbabwe (1987 – 2017) stole more than $10 million in a country whose GDP per capita was $953. Omar Al-Bashir of Sudan (1989 – 2019) stashed away $9 billion with the London banks.
“Idi Amin Dada of Uganda (1971 – 1979) took so much of the country’s money for himself that he drove the inflation rate in Uganda to 1,000 percent. Jose Eduardo Dos Santos of Angola (1979 – 2017) had an estimated net worth of $20 billion, and his daughter had a net worth of $3 billion in a country where 70% of the population manage to survive on $2 per day.
“Buhari has not launched a presidential library. He has no nursery, primary or inter-continental secondary school, not to talk of having a private university. He has been president for the past seven and a half years, yet he has not built an ordinary hut, not to talk of a palatial mansion for himself. No wonder President Biden of America used both hands to have a handshake with him. Buhari is an uncommon president.
“Unlike some leaders Nigeria had in the past, Buhari has refused to use his presidential power arbitrarily. Nigerians know who was behind Fayose’s impeachment on 16th October 2006 during his first term in office as governor of Ekiti State. They know who was behind the impeachment of Diepreye Alamieyeseigha on 9th December 2005. But Buhari has not orchestrated the impeachment of any state governor.”
Top Stories