The latest honour was conferred on Amusan by the Confederation of African Athletics (CAA) on Tuesday, December 20. 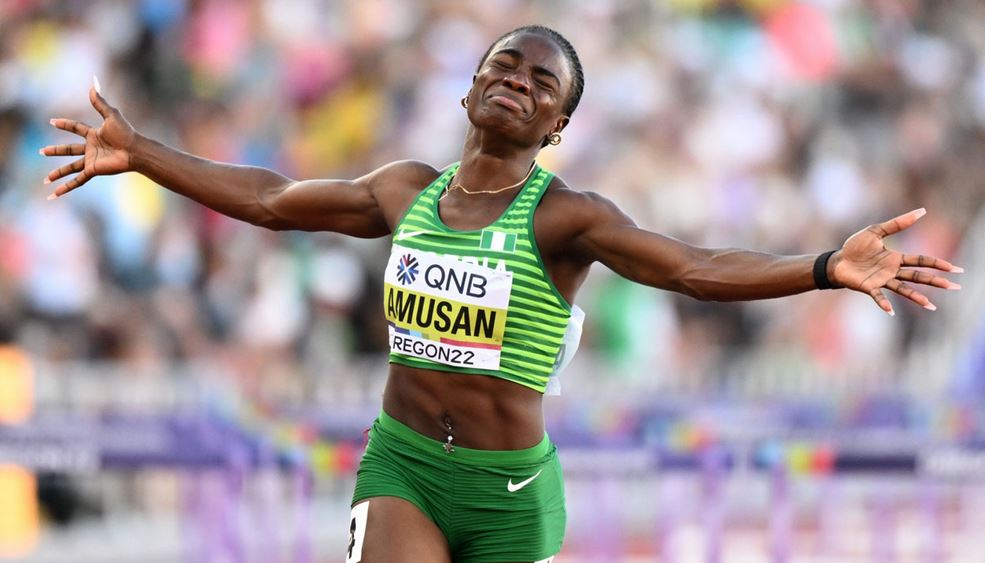 The latest honour was conferred on Amusan by the Confederation of African Athletics (CAA) on Tuesday, December 20.

Amusan has been far above her contemporaries this year. The record holder emerged victorious at the Commonwealth Games in Birmingham where she set a record and also the World Championships in Oregon, where she set a new World Record of 12.12s in the Hurdles event.

She also won the Diamond League trophy for the second successive season, highlighting her rating as one of the world’s best and Africa’s undisputed number one at the moment.

Kenya’s Faith Kipyegon and Ethiopia’s Letesenbet Gidey who are both world champions in the 1500m and 1000m were ranked second and third respectively behind Amusan who has enjoyed a phenomenal year.