Williams, while parading the suspects through the Police Public Relations Officer, Adewale Osifeso, said the suspects were picked up at different locations in Oyo and Kwara states. 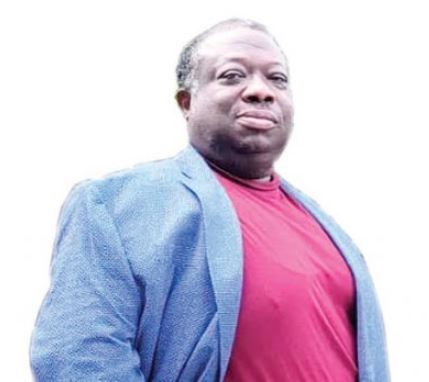 The Oyo State Police Command has paraded the suspected killers of Gbenga Owolabi.

The police, on Thursday, paraded 13 suspects, among whom were three killers of Gbenga Owolabi, a United States-based Ogbomoso-born hotelier, and a final year student of the Ladoke Akintola University of Technology, Ogbomoso, Rachael Opadele, in Ibadan.

The state Commissioner of Police, Adebowale Williams, who paraded the suspects at the police headquarters in Eleyele, Ibadan, said the suspects were also among the killers of a police Inspector and kidnap of a former Deputy Vice Chancellor of the University of Ibadan, Professor Adigun Agbaje, on the Lagos-Ibadan Expressway.

Williams, while parading the suspects through the Police Public Relations Officer, Adewale Osifeso, said the suspects were picked up at different locations in Oyo and Kwara states.

He said nemesis caught up with the suspected killers of the late Ogbomoso-born US-based hotelier while trying to collect ransom of N10.7m from the family of another victim.

The CP said it was during the interogation that they confessed to the kidnap and murder of late Owolabi. 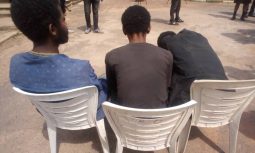 He said, “A cattle dealer (in) Ogbomoso town, while returning from his cattle ranch located at Adafila village, via Ogbomoso, was intercepted at a desolate spot by some notorious kidnapping syndicate that have been terrorising members of the public in Ogbomoso and its neighbouring towns.

“The members of this dreaded kidnapping syndicate, who were reportedly armed with AK-47 riffles, cutlasses and some other dangerous weapons, attacked the said Waheed Hammed and later whisked him away into a thick forest where they contacted his relative and demanded for One hundred million naira ransom before he would be released.

“Sequel to this directive, operatives attached to the monitoring unit swung into action and in the process of combing the thick forest alongside local hunters and vigilantes, they stumbled upon where the victim was held captive and rescued him unhurt.

“The victim during debrief narrated his ordeal in the hands of his abductors and explained that while the kidnappers were negotiating his ransom, they claimed responsibility for the death of an Ogbomoso hotelier, Gbenga Owolabi (now deceased) and that he (the abductee) would suffer a similar fate should his ransom payment process got thwarted by involving the police.” 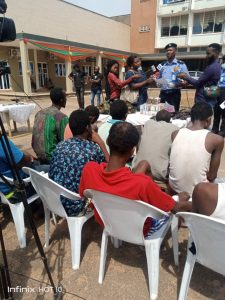 On the death of a police Inspector and kidnap of Professor Agbaje, the CP said, “On 28th October, 2022 at about 1700hrs, some members of a dreaded kidnapping syndicate who were reportedly armed with AK-47 riffles and some other sophisticated firearms attacked and kidnapped an academic don and seven other persons who were travelling along the Ibadan end of the Lagos-Ibadan Expressway.

“The dare-devil gunmen equally attacked a team of responding policemen while heeding the distress call in a bid to rescue trapped victims on the highway, this in turn led to the death of an Inspector of Police who paid the supreme price in a fierce gun duel.

“The kidnappers later whisked the victims away to an unknown destination through the thick forest along the said Ibadan/Lagos expressway while their relatives were contacted for monetary demands in exchange for their liberty.

“Consequent upon the above, the command in a technological intelligence-aided operation and with necessary support from Amotekun and other communal partners, apprehended the suspects including both commercial motorcyclists and couriers for the kidnap syndicate while retrieving “exchange money” for other members of the syndicate around Ojoo area, Ibadan.”

He said it was later discovered that monies received from the victims were moved into the bank accounts of these three additional suspects for onward distribution to other members of the kidnapping syndicate.

He, however, stated that the manhunt for other members of the criminal syndicate had begun.